MORRIS COUNTY — New Jersey’s citizens remain locked down while the economy suffers, and the administration continues to deny doctors the use of hydroxychloroquine to treat their patients.

“New Jersey is behind the curve and we’ve got to catch up,” said Senator Pennacchio (R-1). “Doctors must be unshackled so they can follow the lead of their colleagues around the globe who are using HCQ responsibly and safely. Lives depend on it, and the re-opening of our economy depends on it.”

Recent statements by Turkey’s health minister and a retrospective analysis of coronavirus date from nations around the world have yielded more evidence that hydroxychloroquine can prevent the onset of potentially fatal pneumonia in virus victims and notes a clear disparity in the spread of the disease between countries using the anti-malarial drug and those that are not.

Most of the patients who moved to intensive care or placed on ventilators are there because they have developed pneumonia.

“Many countries prescribe this drug to intubated patients. However, our science board suggested that the drug is really beneficial in the early stages to prevent the spread of the virus in the body,” Turkish health minister Fahrettin Koca explained in a published report. “We believe beginning early treatment [with this drug] played a big role in reducing the rate of lung infection among the patients.”

Koca told Middle East Eye, a London-based news outlet, that the drug was effective against pneumonia, which is seen as one of the leading causes of death from the virus.

Statistics released by the Turkish health ministry showed that since beginning the treatment, new cases of lung disease among coronavirus patients significantly, down by 20 percent.

“We believe beginning early treatment [with this drug] played a big role in reducing the rate of lung infection among the patients,” Koca noted.

In an analysis titled “Countries Which Primarily use Antimalarial Drugs as COVID-19 Treatment See Slower Dynamic of Daily Deaths,” published on Elsevier’s health research portal SSRN and authored by Maxime Izoule compared daily COVID-19 deaths in 16 countries. The research compared those countries that used HCQ in treatment against those who did not. 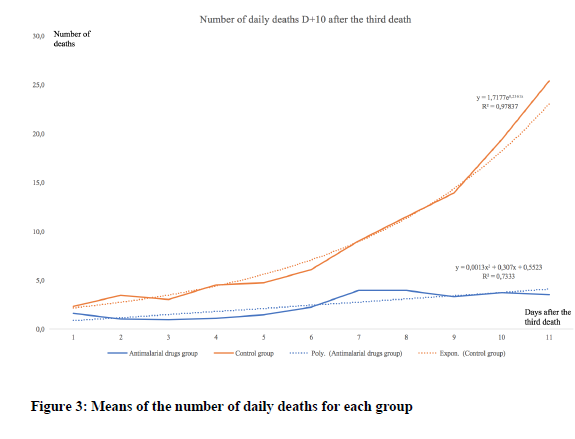 “We find major differences in death rates, with countries using antimalarial drugs faring better than those which do not,” the report stated in its conclusion. “The difference in dynamics is so striking that we believe that the urgency context commands presenting this analysis before delving into further analysis.”

“The political and medical debates will continue, but there is growing proof HCQ can help control coronavirus in our communities and keep people alive while scientists scramble to find a cure,” said Senator Pennacchio. “New Jersey is a hotbed for coronavirus, and time is not on our side. “Unshackle doctors and allow them to tools to treat their patients.”