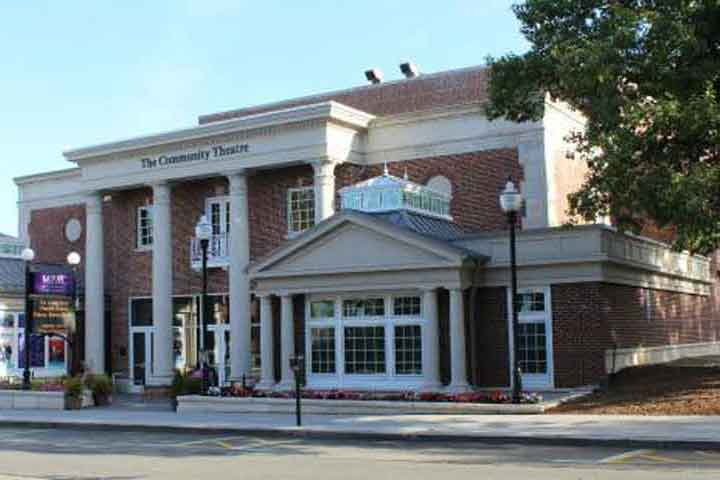 The students will receive a certificate for their honor from MPAC and will be featured on the Music Student of the Month page on the MPAC website.

Typically, MSOM honorees are recognized onstage prior to an MPAC event. With MPAC’s schedule suspended, that is not possible, but MPAC believes it remains important to recognize the achievements of area music students.

Students were nominated by their teachers and were chosen by the Theatre’s Education Department based on their commitment to and excellence in the performing arts. The Theatre will honor a group of students every month throughout the season and invites area teachers to nominate students for this honor.

The 2019-2020 Music Student of the Month program is supported by The Walter F. and Alice Gorham Foundation, Inc.

Aneesh Kakirde
Grade 12, Parsippany High School; Parsippany; Nominated by Gregory Dalakian
Aneesh is well-deserving of the MPAC Outstanding Jazz Musician award because as long as I have known him (the past 6+ years) he has always tried to improve himself as a saxophone player, but more specifically, a jazz saxophone player. He has been a member of our Jazz Band at Parsippany HS since his freshman year and is always willing to solo any opportunity he can get. He leads by example in his improvisation skills and encourages others to improvise as well. I am very proud of the jazz musician he has become and I know he will have a bright future!

Liam Bill
Grade 8, Ridgedale Middle School; Florham Park; Nominated by Mike Leone
Liam has been a dedicated member of our RMS Jazz Band for three years. He is a very gifted drummer who is also a very capable improviser with a musical sensibility beyond his years. He is also a member of our concert band, as well as contributing his talents to our musicals and stage crew. In addition to his musical contribution to our school, Liam is a peer leader, which is a group of students who are selected to represent the ideal level of character in a middle school student. He is a respectful and thoughtful young man who is always willing to contribute to his classroom and school environment. He will be sorely missed next year!

John Crane
Grade 12, Randolph High School; Randolph; Nominated by David Miller
John Crane has been an outstanding jazz student for as long as I have worked with him.  I started him out as a beginner in 2011. Even in 5th grade John lobed jazz music and taught himself how to play the blues. Over the next few years his growth as a jazz musician was exceptional.  I know that whenever I need a solo I can point to John and he’ll deliver.  Here also has an outstanding swing feel, and as the lead trumpet player in our jazz, his setting the style and tone of the group has been an invaluable aid.

Casey Delsandro
Grade 11, Chatham High School; Chatham; Nominated by Brian Conti
Casey plays baritone/soprano saxophone in our high school jazz ensemble. He is a bassoon player in our wind ensemble and played both tenor sax and bassoon during the marching band in the fall. Casey successfully auditioned on baritone sax for Region 1 jazz ensemble last month but unfortunately the rehearsals and concert were both canceled. He is an amazing soloist and his improvisational skills on many genres of jazz music continue to impress me and his classmates. Casey frequently organizes small jazz combos with students to perform at local venues and is always looking forward to the next gig. It is with pleasure to recommend Casey for MPAC’s jazz musician of the month!

Paulie Kemmerer
Grade 11, Roxbury High School; Roxbury; Nominated by Ryan Sweer
Paulie is our lead alto saxophone player here at RHS and a strong example of the style, improvisation, and leadership in the Jazz Ensemble. Beyond his high level of commitment to our program, he also actively seeks ways to improve his playing outside of large-group rehearsal. This year, Paulie took the initiative to begin a jazz combo with other students, preparing a handful of tunes for our spring concert. Additionally, Paulie has been taking private jazz lessons to broaden his knowledge and technique in the idiom and plans to spend his senior year in a jazz-oriented senior option class.  Paulie is a great jazz musician and role model for his peers.

Alessio Mennonna
Grade 12, Kinnelon High School; Kinnelon; Nominated by Ryan Stroud
Alessio is an upright and electric bass player. He has played in our Jazz Band, Wind Ensemble, and Pit Orchestra for the past four years.  In the case of the pit orchestra, Alessio was so advanced when he was in 8th grade that he was “called up” to the big leagues to perform in our Pit Orchestra.  In addition to playing in nearly every ensemble our school has to offer, he also is a member of “Impavid”, a very successful local rock band that has been playing gigs for several years.  Alessio has played in honors bands like the North Jersey Area Band and he’s also continuing his studies on bass guitar at the prestigious Berklee School of Music this fall.  We’re so incredibly proud of Alessio, and wish him all the best in his future endeavors.

Kevin Tish
Grade 8, Randolph Middle School; Randolph; Nominated by Tom Davidson
Kevin is an 8th Grade student at Randolph Middle School.  Music has been a very big part of his life, starting with piano lessons at the age of 6. Two years later he received a ukulele for his birthday and taught himself how to play, and during grade school he participated in every music ensemble that was offered.  He sang in the chorus and provided piano accompaniment on several occasions.  He also played in the hand chimes ensemble, and he learned trumpet in the band and violin in the orchestra.
In his three years of middle school, he has continued to pursue every available musical opportunity including Concert Band, Jazz Ensemble, Chorus, Canzonetta, and the school musical productions of The Sound of Music and Mary Poppins.  He has also participated in several summer theater workshops at Brundage Park Playhouse. Kevin is innately musical, and he nurtures this talent with a great deal of personal practice outside of school. As a result, he is a strong musical leader in the school music ensembles.

About MPAC
Mayo Performing Arts Center, a 501(c)(3) nonprofit organization, presents a wide range of programs that entertain, enrich, and educate the diverse population of the region and enhance the economic vitality of Northern New Jersey. The 2019-2020 season is made possible, in part, by a grant the New Jersey State Council on the Arts/Department of State, a Partner Agency of the National Endowment for the Arts, as well as support received from the F.M. Kirby Foundation and numerous corporations, foundations, and individuals. Mayo Performing Arts Center was named 2016 Outstanding Historic Theatre by the League of Historic American Theatres and is ranked in the top 50 mid-sized performing arts centers by Pollstar Magazine.