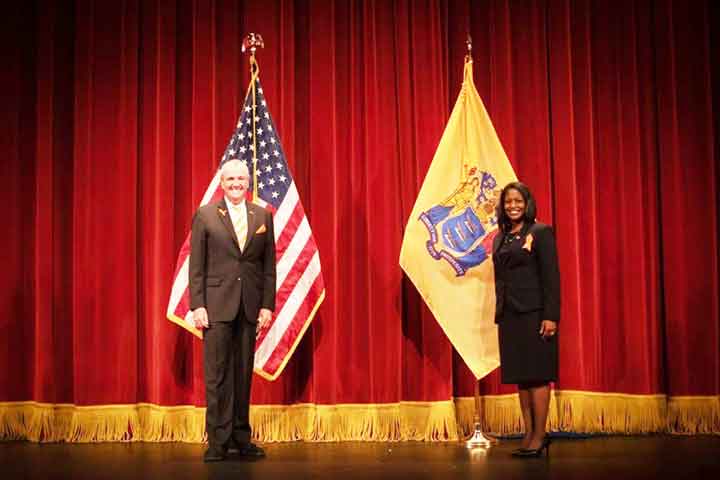 TRENTON  — Governor Phil Murphy announced his intention to nominate Fabiana Pierre-Louis to the New Jersey Supreme Court to fill the seat of Associate Justice Walter F. Timpone, who will reach the mandatory retirement age of 70 later this year. The appointment will first be sent to the New Jersey State Bar Association’s Judicial and Prosecutorial Appointments Committee. With the Committee’s approval, the Governor will proceed with a formal nomination. Upon confirmation by the state Senate, Pierre-Louis would be the first Black woman to serve on the state’s highest court.

“A core tenet of my Administration is a commitment to an independent, fair-minded judiciary that reflects the immense diversity of our great state,” said Governor Murphy. “As a first-generation American, Fabiana brings both a sharp legal acumen and the perspective of her own past that will greatly benefit the proceedings of our state’s highest court. In addition to her esteemed legal career, Fabiana’s humility, empathy, and character are all traits that make her well-suited to become the next Associate Justice and the first Black woman to serve on New Jersey’s Supreme Court.”

“Across this country, there are 33 states which do not have a woman of color on their highest court,” said Lieutenant Governor Sheila Oliver. “I cannot wait to see New Jersey leave that list with Fabiana’s confirmation to the Supreme Court.”

“I have spent my entire legal career in New Jersey, both private practice, and in government service as an Assistant United States Attorney at the U.S. Attorney’s Office,” said Fabiana Pierre-Louis. “It is extremely humbling to have the opportunity to continue the proud tradition of the New Jersey Supreme Court’s commitment to justice, equality, and fairness. I would like to thank Governor Murphy for this honor, and I am so grateful for the opportunity to serve the people of New Jersey.”