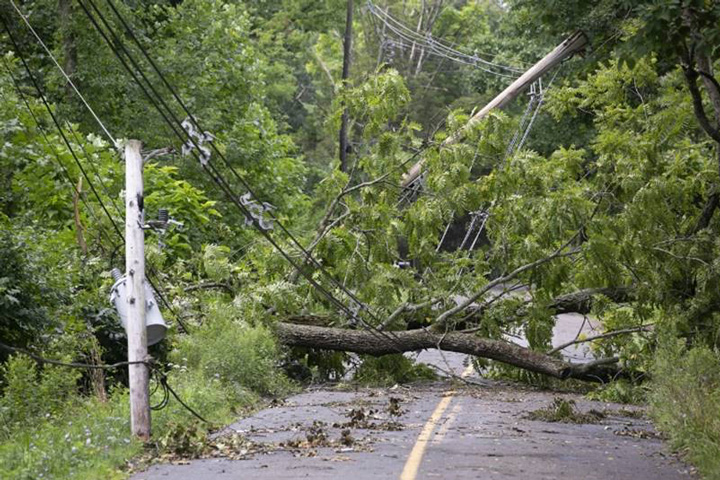 MORRIS COUNTY — The Morris County Office of Emergency Management announced the re-opening of 14 major county roads that were still closed or partially closed this morning due to debris and power wires downed by Tropical Storm Isaias on Tuesday.

Storm Damage in hard-hit Harding Township
Work continues on seven other county roads that remain completely closed and two additional county streets that are partially blocked. The streets were impacted by both downed trees or limbs and fallen power lines, requiring county crews to work closely with JCP&L and other utility companies to be certain the power lines were not live before beginning any clearance of the debris.

“At this time we are down to seven full closures and two partial closures. JCP&L and the other utilities have been making good progress today. A transformer fire caused some major damage to the pavement on Center Grove Road, Randolph, north of Route 10. JCP&L is still working to repair the utility damage,” said Jeff Paul, Director of the Morris County Office of Emergency Management

When work began this morning, 15 roads were completely shut down and another 8 were partially closed. OEM anticipated some of the remaining streets may be cleared by the end of the day.

The county roads that remain impacted include: