MORRIS COUNTY — The Morris County Sheriff’s Office received a staggering 398 suggestions of names for Belgian Malinois and Labrador Retriever puppies that were donated to the K-9 section.

Names that will carry them with dignity and fidelity throughout their careers as police dogs have been chosen for two endearing puppies donated to the Morris County Sheriff’s Office K-9 Section.

One suggestion in particular stood out when the Sheriff’s Office solicited potential names for the 5-month-old female Belgian Malinois and 10-week-old male Labrador Retriever on its Facebook page.

From the submissions, two entrants suggested the dogs be named in memory of Dover Town Police Officer Arthur J. Ohlsen, III, and Mount Arlington Police Officer Joseph S. Wargo, who both died in the line of duty.

In honor of the two Officers, the Belgian Malinois has been named JoJo, after Officer Wargo. The Labrador Retriever will answer to Odie, which was Officer Ohlsen’s nickname on the police force.

“Officers Ohlsen and Wargo are still remembered and very much missed. Naming these beautiful dogs who are partnered with Morris County Sheriff’s Office K-9 Detectives for them keeps their spirits alive within the law enforcement community,” Morris County Sheriff James M. Gannon said. 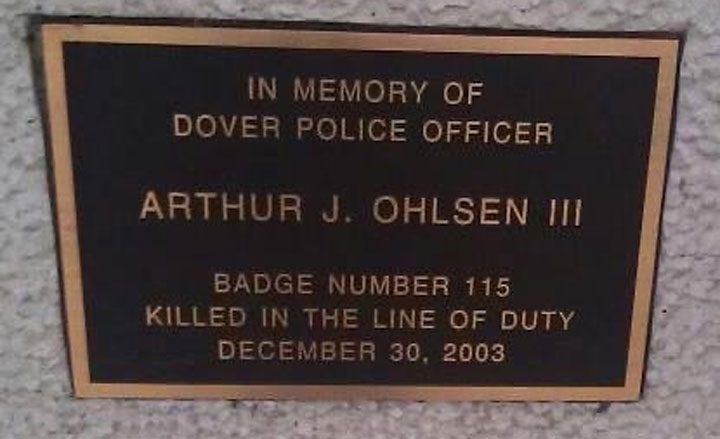 Officer Ohlsen, an 18-year veteran of the Dover Police Department, was struck by a New Jersey Transit train under the Salem Street overpass in Dover as he directed fire apparatus to the scene of a blaze on the tracks and tried to ensure that people known to congregate by the tracks were not in danger. 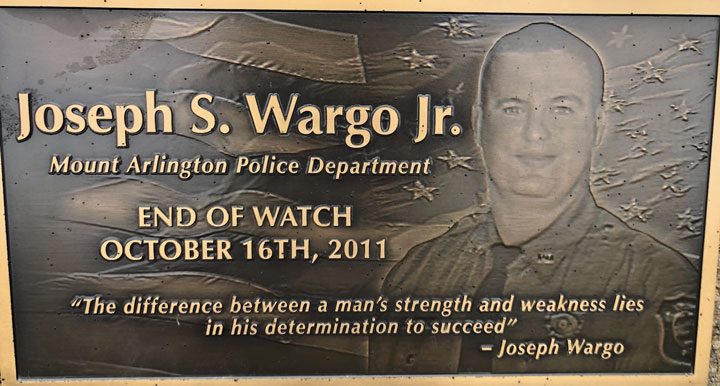 Officer Wargo was struck in his patrol vehicle on Route 80 in Roxbury Township by a driver who admittedly was impaired on drugs. Despite efforts by police and emergency medical technicians to save him, Officer Wargo died. The driver pleaded guilty to aggravated manslaughter and in 2013 was sentenced to 20 years in state prison.

“I think this is an amazing tribute to my father. Both my family and myself want to thank the Morris County Sheriff’s Office and everyone that voted for naming of the new K-9 puppies after him,” said Officer Trevor Ohlsen.

Officer Wargo’s widow, Amy Wargo, said she was deeply touched by the gesture and that she still has two pugs she shared with her husband before his death eight years ago.

“This is really special. It shows that Joe has not been forgotten. He would be over the moon about it,” said Amy Wargo.

Two people suggested during the Sheriff’s Office Facebook contest that the dogs be named after Officers Ohlsen and Wargo.  They are now-retired Dover Police Officer Tim Thiel and resident Eric Budinger.

The hundreds of submissions showed a great sense of fun, wit, thoughtfulness, and even scholarship. There were some duplications – Lola and Titan were suggested more than a dozen times – and many people wanted the Retriever to grow up with a human name, like Walter, Sherman, Steve or Jack.

Prince and King also were favorites. Other submissions called upon mythology with the names Thor, Zeus, Artemis and Apollo. Other proposed monikers were a bit long: Captain McPuppyface Good Boy and Commander Floppy Eared Booper Nose.

Both puppies made their first visit on November 6 to the Hodes Veterinary Group in Mine Hill Township to have their weight, eyes, teeth, fur and overall health checked.

The male Labrador weighed in at 13.1 pounds. His handler is Morris County Sheriff’s Office K9 Section Detective John Granato, who already has begun training the Labrador in explosives detection through odor recognition exercises.

The Belgian Malinois weighed in at 36 pounds. She is handled by Morris County Sheriff’s Office K9 Section Detective Marc Adamsky, who will train her in search and rescue and accelerant detection.

The specialized training will take up to six months before certification occurs. But both dogs will likely not start their official working careers until they are a year old and more mature.

Both donors have a professional relationship with K-9 Section Detective Corporal Michael McMahon. The donations will save Morris County about $12,000 that otherwise would have been spent on new dogs for the K9 Section.

The K9 Section, which provides services to all 39 municipalities in Morris County, responds to more than 1,000 calls annually that include patrols, searches for missing people, fires, narcotics investigations and sweeps of public areas, festivals, concerts and large gatherings for explosive devices.