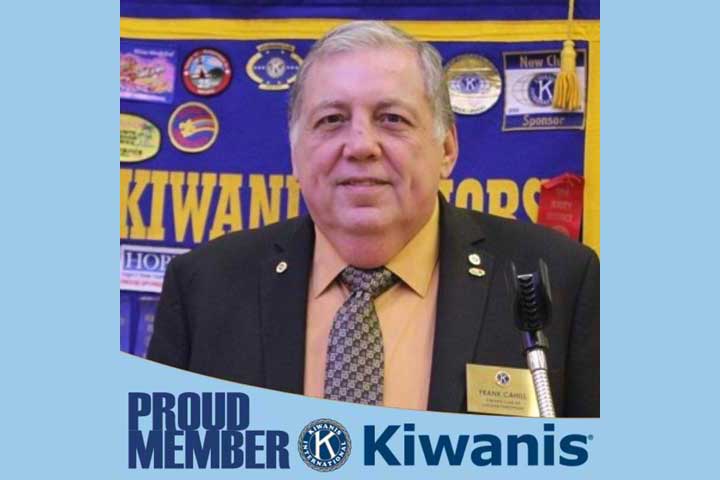 Cahill was elected on Monday, April 14, by unanimous votes of the majority clubs that serve Division 9. Due to the current COVID-19 crisis, the election was held using a Zoom Conference.

“Your fellow Kiwanians have elected you to one of the key leadership positions in your district. Your responsibilities include helping clubs maintain or increase their membership, opening new clubs, ensuring participation in club leadership education, and increasing club members’ engagement and morale,” said Carol Tiesi, current Lt. Governor Division 9.

Cahill will be sworn in during the New Jersey District Convention to be held in August at the Hilton Hotel, Hasbrouck heights.  He will officially start serving on October 1.  His first major assignment will be installing the new officers and directors in each of the clubs in the division.

Kiwanis International is a global community of clubs, members and partners dedicated to improving the lives of children one community at a time. Today, they stand with more than 550,000 members from K-Kids to Key Club to Kiwanis and many ages in between in 80 countries and geographic areas. Each community has different needs, and Kiwanis empowers members to pursue creative ways to serve the needs of children, such as fighting hunger, improving literacy and offering guidance.