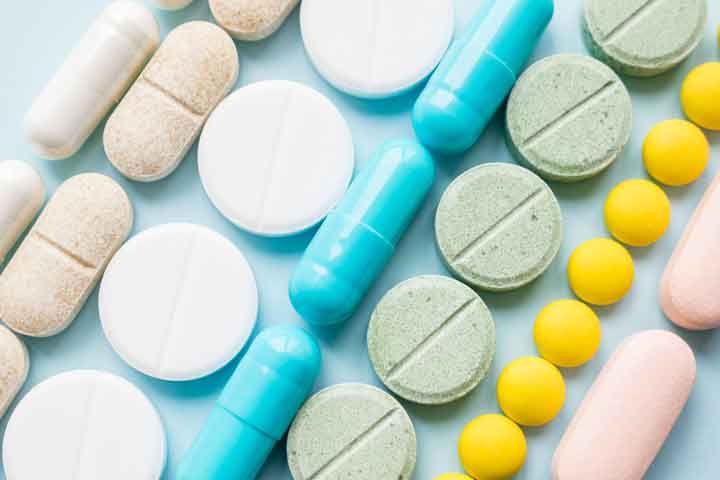 MORRIS COUNTY — Attorney General Gurbir S. Grewal announced that New Jersey and a coalition of other states have filed a lawsuit accusing 26 drug companies of conspiring to artificially inflate the prices of 80 topical generic drugs in violation of federal and state antitrust and consumer protection laws.

Topical drug products are administered by contact – most often with an external body surface. They may include creams, gels, lotions, ointments, shampoos, and solutions.

In addition to the corporate defendants, the complaint filed in U.S. District Court in Connecticut today also names ten individual defendants – drug company executives responsible for sales, marketing, pricing, and operations – who were allegedly involved in the conspiracy.

More than half of the corporate defendants named in the lawsuit are based in New Jersey. Five of the 10 drug company executives named as defendants reside in New Jersey as well.

“The price of many prescription drugs is too high. And our investigations have shown that the high prices for many generic drugs stem from illegal collusion among drug companies and executives,” said Attorney General Grewal. “I’m troubled to see New Jersey companies play such a big role in this outrageous conduct. As I’ve said before, New Jersey’s pharmaceutical industry is the envy of the world. But we can’t turn a blind eye when New Jersey businesses violate our laws and harm our residents just because they are headquartered here.”

In addition to New Jersey, 46 other states, the District of Columbia, Puerto Rico, and several U.S. territories are party to the federal lawsuit.

This is the third time in four years that New Jersey has participated in a multi-state lawsuit alleging anticompetitive conduct in the generic drug industry.

The first lawsuit, which was filed in December 2016 and which New Jersey joined in early 2017, remains pending in U.S. District Court for the Eastern District of Pennsylvania. The case includes 18 corporate defendants and two individual defendants and involves 15 generic drugs.

The second lawsuit was filed in May 2019 in U.S. District Court in Connecticut. It was subsequently transferred to the U.S. District Court for the Eastern District of Pennsylvania, where it remains pending. The second lawsuit accused 20 generic drug companies of conspiring to artificially inflate the prices of more than 100 generic drugs. The products at issue include oral antibiotics, blood thinners, cancer drugs, contraceptives, anti-inflammatory drugs, statins, anti-depressants, medications used to treat HIV, blood pressure medications, and many more.

The complaint filed today alleges that at least from 2009 through early 2016 – and peaking in 2013-2014 – collusion was “rampant” among manufacturers of generic topical drugs.

Sales and pricing executives at generic topical drug companies knew each other well and used their business and personal relationships to collude in restricting competition, allocating customers among themselves, and significantly raising prices on dozens of generic topical drug products, according to the complaint.

The 22 other defendant companies named in this lawsuit allegedly “understood the rules of the road” and played the same anti-competitive game.

According to the complaint, the scheme involving topical drugs is part of a broader pattern of anticompetitive conduct that has “permeated every segment” of the generic drug industry for many years, with the goal of avoiding competition that “would normally result in lower prices and greater savings to the ultimate consumer.”

Rather than enter a particular generic drug market by competing on price in order to gain market share, the complaint asserts, companies in the generic drug industry colluded with each other in setting aside a “fair share” of the market for each. This in turn stifled price competition and maintained artificially higher drug prices.

The 80 generic topical drugs referenced in the complaint include a host of commonly-prescribed medications including the local anesthetic lidocaine ointment, the anti-fungal cream clotrimazole 1%, the oral paste triamcinolone (used to treat sores of the mouth) and latanoprost drops, which are used to treat pressure inside the eye caused by glaucoma and other eye diseases.

Collectively, customers of the generic drug manufacturers purchase a vast range of generic topical products in enormous volumes. The profits generated by the drug companies’ alleged conspiracy are significant.

In order to maintain their unlawful agreements, the complaint alleges, executives for the participating drug companies kept in near-constant communication.

Regular telephone and text message conversations were one method for comparing notes and reinforcing their price-fixing arrangements, as were face-to-face conversations at regular industry trade shows, golf outings, posh industry dinners, and conferences.

According to the complaint, high-level executives from many generic drug manufacturers would get together for regular “industry dinners” where they could celebrate – and reaffirm – their commitment to collusive customer allocation and price-fixing tactics.

For example, in January 2014 – when the prices of numerous generic drugs were reportedly soaring – at least 13 high-ranking executives gathered at a steakhouse in Bridgewater. The gathering of CEOs, Presidents, and Senior Vice Presidents of many generic drug manufacturers included executives from defendant companies Actavis, Aurobindo, Lannett, and Perrigo.

A group e-mail discussion of the event quoted in the states’ complaint provides a window into the high living that typically accompanied such outings.

One executive asks if his and his colleague’s meals at the steakhouse will be paid for by a rival executive’s company. The rival executive responds: “It’s amazing how many in the group like 18-year-old single malt scotch when they aren’t buying.”

According to the complaint, the investigating states issued more than 300 subpoenas to various telephone companies, obtaining phone call and text message reports for companies and individuals as part of the investigation.

The states also obtained valuable cooperation from numerous former executives for the defendant companies, the complaint states, including one who kept a two-volume “little black book” of notes chronicling his various collusive dealings with generic drug industry colleagues between 2009 and 2015.

The lawsuit filed today alleges violations of the Sherman Act, a federal antitrust law, as well as violations of numerous state laws, including New Jersey’s Antitrust Act and Consumer Fraud Act. The lawsuit seeks monetary relief and actions by the court to restore competition to the generic topical medications market.

Corporate defendants named in today’s lawsuit include the following, with New Jersey-based companies in bold.

Individual defendants named in the complaint include the following, with New Jersey residents in bold:

Jump Start Your Future with a CCM Apprenticeship in Advanced Manufacturing

Murphy to Speak at Parsippany Hilton