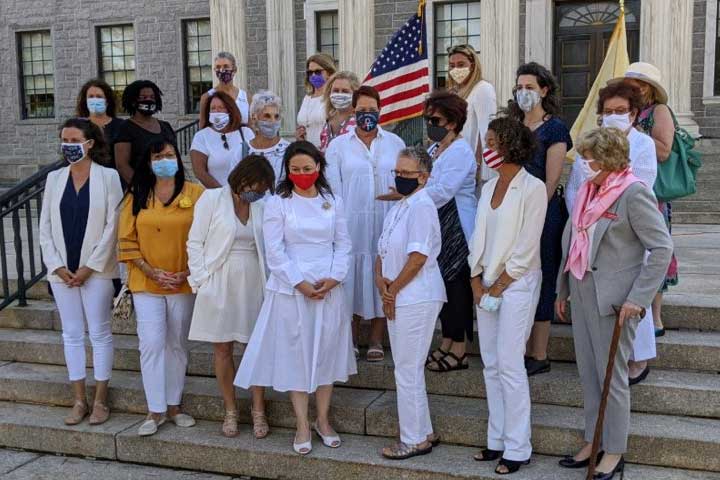 MORRIS COUNTY — A special ceremony was held at the Madison Borough Hall on Sunday, August 30. Approximately 100 people, including many county officials, gathered to recognize the 100th anniversary of the 19th Amendment.

August is a big month in the fight for women’s equality!

August 18 was the historic 100th anniversary of the passage of the 19th Amendment in which women finally won the right to vote. And, August 26 marks the official certification of the amendment by the U.S. Secretary of State.

The story did not end here. The fight continued until the Voting Rights Act of 1965 when women of color finally gained this basic, fundamental right in a democracy.

A group of Morris County elected officials honored these milestone moments by hosting a bipartisan celebration on Sunday, August 30.

Elected Morris County women at the local, county, state, and federal levels were invited to attend as well as the general public.

The event was held on the spacious steps of the historic town hall, with social distancing protocols followed and masks were required.

For more information on the League of Women Voters, Morristown Area click here.