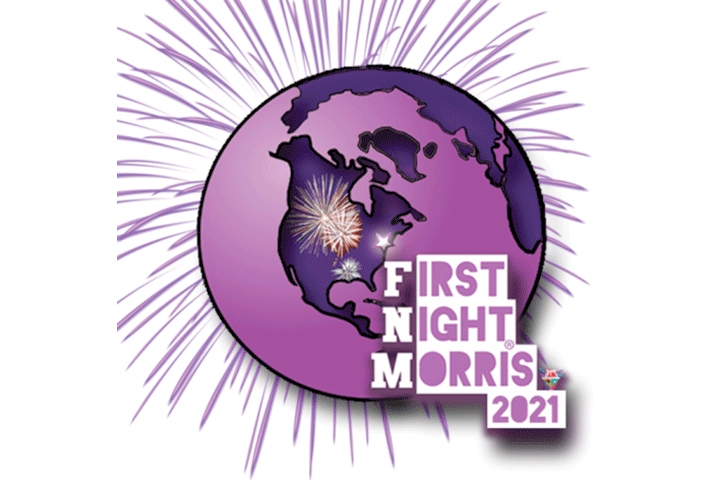 Thanks to some creative viewing adjustments for the pandemic, this year’s lineup will showcase 100 artists in 40 performances in dance, theatre/comedy, music — rock, jazz, blues, and classical — visual arts, world cultures, children’s programs, a film festival and so much more. A dazzling Light Up The Night Virtual Show at 9:15 p.m. and midnight countdown will welcome in the New Year.  Shows are presented in live, streamed, and on-demand formats.

Some of the top performers include:

Jason Hudy’s Mesmerizing Magic (streaming, on-demand).  Magician Jason Hudy delivers mystery, intrigue, and comedy in every cutting edge show, as he draws you into the intricate world of illusion.

Comedian Joe Larson (live). Joe will tickle your funny bone and have you smiling all night. His popular blog, “Man with A Baby,” is read and enjoyed by many, and online sketch comedy pieces with “Grandma’s Favorite” are a YouTube favorite.

Award-winning harpsichord virtuoso Andrew Rosenblum (streaming, on demand).  Noted for his “…beautiful shaping of phrases, his sense of color and inflection, his incisive rhythmic impulse, and his fabulous technique…,” Rosenblum has performed at Carnegie Hall, Alice Tully Hall, The Kennedy Center among others.

Frank Vignola Hot Jazz Trio with bassist/vocalist Nicki Parrott (streaming, on-demand). Frank Vignola is one of the top guitarists in the world according to the legendary Les Paul. With his virtuosity, extraordinary versatility, sly humor and incomparable musicianship, he shares the stage with his long-term touring partner, dynamic rhythm guitarist Vinny Raniolo and Nikki Parrott’s irresistible voice.

The British Invasion Years Band (streaming, on-demand).  No time machine is needed as this popular First Night band takes you back to the 1960s. Classic rock lovers will thrill by this group’s note-perfect performances of music from The Beatles to The Beach Boys!