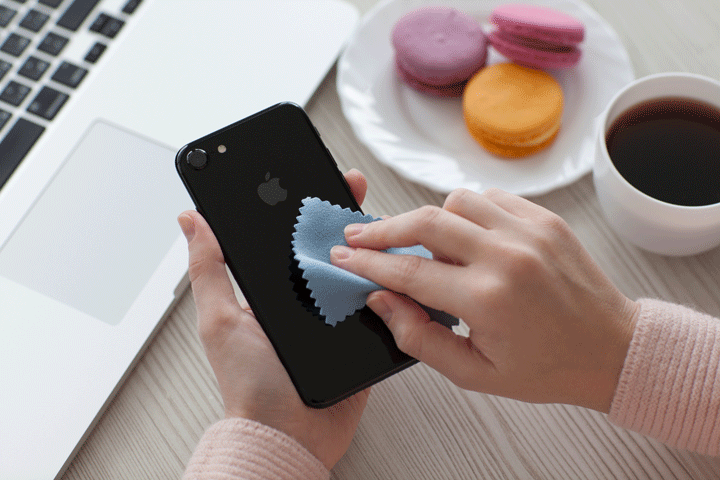 MORRIS COUNTY — Attorney General Gurbir S. Grewal announced that New Jersey will receive over $3 million as part of a $113 multistate settlement with Apple, Inc., that resolves a multi-state investigation into allegations that Apple misrepresented and concealed from consumers information about performance problems with millions of iPhones.

The investigation focused on whether Apple misrepresented and concealed information about unexpected power-offs (UPOs), battery health and performance issues, and software upgrades that slowed down or “throttled” the device’s performance.

The State filed its complaint and a consent judgment resolving the matter in Superior Court in Mercer County. The complaint alleges that Apple’s misrepresentations and concealment of battery issues and its throttling of iPhones’ performance violated state consumer protection laws.

According to the complaint, Apple pushed out software “fixes” that intentionally throttled the performance of the iPhone Series 6, 7, and SE (Special Edition) devices in an effort to quietly resolve the UPO issues. Because the unexplained slow-downs resulted in many consumers deciding that the only way to get improved performance was to purchase a newer-model iPhone from Apple, the alleged fraud resulted in more sales for Apple.

“Apple’s treatment of iPhone consumers was rotten,” said Attorney General Grewal. “Not only did Apple try to conceal the iPhone’s shortcomings, but the company’s supposed fix for those defects created new problems that led consumers to shell out money for new iPhones. Today’s settlement should send a clear message that we will never tolerate such abuse of New Jersey consumers.”

“This settlement resolves an investigation into corporate conduct that is deeply concerning on multiple levels,” said Division of Consumer Affairs Director Paul R. Rodríguez. “First, we allege that Apple failed to disclose a product defect. Then that it provided consumers what they claimed was a software ‘fix’ that actually limited the performance of their phones. Finally, that they delayed informing consumers until well after many had already purchased new phones to replace ones they believed must be obsolete. This settlement is not just about getting Apple to pay for its alleged duplicity, but just as importantly requires the company to abide by a variety of terms designed to ensure greater transparency moving forward.”

In addition to the monetary payment, today’s settlement contains a variety of injunctive terms designed to prevent similar occurrences in the future.

In addition, Apple will implement procedures to ensure its consumer-facing personnel and Apple-authorized retailers are sufficiently familiar with the required new web page content and iPhone user interface information, communicate that information to consumers wherever relevant, and refer consumers to the web page or interface when appropriate.

The State’s investigation found that, by at least October 2016, Apple was aware that its customers were experiencing UPOs as a result of aging iPhone batteries that could no longer deliver sufficient power to the devices at certain times, particularly during high-performance tasks.

Apple did not disclose the UPO issues, however, nor did it allow consumers to replace their iPhone batteries — even at a full, out-of-warranty cost — unless the batteries failed Apple’s own diagnostic tests, which did not account for the very issue that was causing the UPOs.

Instead, Apple implemented the iOS software update that caused throttling.

The update essentially prevented the iPhones from ever reaching performance levels that would require too much power from their batteries.

Throughout 2017, Apple continued to sell tens of millions of iPhones in the U.S. with known throttling issues, but never advised consumers. Eventually, consumers discovered the problem for themselves and, amidst public outcry, Apple apologized for the situation in December 2017.

Apple briefly reduced the price on out-of-warranty replacement batteries for affected iPhones and also released a new iOS update in March 2018. The new update allowed consumers, for the first time, to disable the throttling mechanism, and to have more visibility into the health of their iPhone’s battery. Under the settlement, Apple admits to no violations of the law.

Deputy Attorney General Monisha A. Kumar of the Consumer Fraud Prosecution Section in the Division of Law’s Affirmative Civil Enforcement Practice Group handled the matter on behalf of the State.

The mission of the Division of Consumer Affairs, within the Department of Law and Public Safety, is to protect the public from fraud, deceit, misrepresentation, and professional misconduct in the sale of goods and services in New Jersey through education, advocacy, regulation, and enforcement. The Division pursues its mission through its 51 professional and occupational boards that oversee 720,000 licensees in the state, its Regulated Business section that oversees 60,000 NJ registered businesses, as well as its Office of Consumer Protection, Bureau of Securities, Charities Registration Section, Office of Weights and Measures, and Legalized Games of Chance section.