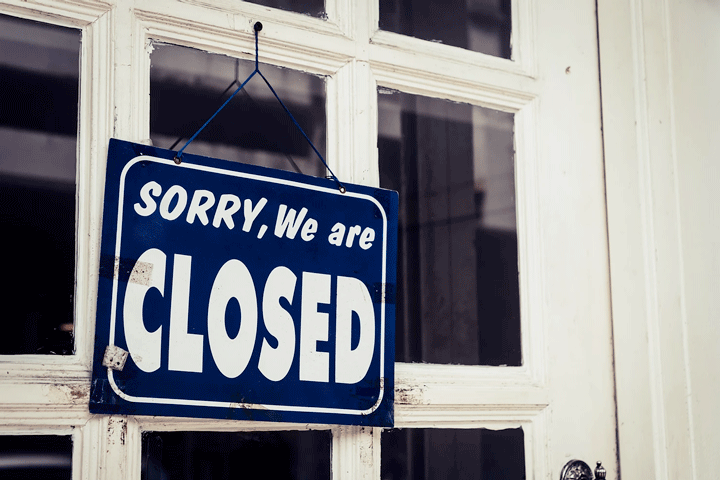 MORRIS COUNTY — Recent news reports have spotlighted the destructiveness of Governor Phil Murphy’s emergency COVID-19 executive orders, with many blaming Murphy’s mandates for the closure of one-third of all of New Jersey’s small businesses.

According to data from the New Jersey Business & Industry Association, 28 percent closed by October, following the series of Murphy’s forced shutdowns since March. The Hill weighed in with higher numbers, calculating a 31 percent closure up to November 9, per estimates from TrackTheRecovery.org.

Some businesses have floundered under Murphy’s partial reopening plans, the Governor having recently cracked down again on restaurant and bars, mandating 10:00 p.m. indoor closures and authorizing counties and municipalities to double down with further restrictions. The Governor even limited the number of people allowed in residents’ own homes, to a maximum of 10.

Rescue New Jersey, a not-for-profit and non-partisan group formed to assist New Jersey residents and businesses, has facilitated a lawsuit advocating not only for the plaintiff, but all businesses harmed by Murphy’s violations of the Disaster Control Act.

As part of his edicts, Murphy was mandated – but failed – to establish compensation boards in each county, where businesses and individuals could petition for “reasonable compensation,” in return for the governor’s control over their property in his back-to-back states of emergency. The case against the governor, filed in the Superior Court in September, which originally sought a declaratory judgment compelling him to establish these boards, is currently in the Appellate Division.

The Governor, however, has asked the Appellate Division to deny counsels’ request to expedite the case, to obtain financial relief for the plaintiff’s owner, who already had to close her business in October, because of Murphy’s draconian restrictions.

“This ongoing and escalating tragedy underscores the urgency of the lawsuit we’ve brought on behalf of JWC Fitness, LLC and its owner, Darlene Pallay, to obtain the reasonable compensation due by law to businesses injured by the Governor’s decrees,” said Robert W. Ferguson, Esq.

Ferguson, of the of the law firm of Stern, Kilcullen and Rufolo, LLC of Florham Park and Catherine M. Brown, Esq., of Denville, filed the suit for Pallay, a Sussex County business owner who operated CKO Kickboxing Franklin, under her LLC.

“Our claims are straightforward: the emergency powers exercised by the Governor to order business shutdowns and other restrictions require the state to compensate those individuals and businesses whose property has been impaired by those orders,” Ferguson continued. “But despite the state’s clear and unambiguous obligation to compensate affected property owners, the Governor’s lawyers, sadly but not unexpectedly, have opposed requests to expedite our case so that those who have complied with the Governor’s orders may obtain some redress for the disproportionate costs they’ve borne on behalf of the public.”

“I am proud of the role that Rescue New Jersey has taken in advocating for those who have been left behind, such as Mrs. Pallay, in the Governor’s haphazard response effort to COVID,” said Donald Dinsmore, Esq., Rescue New Jersey’s chairman.

Court briefs have described Pallay as “a law-abiding, taxpaying citizen of this State,” who helped to support her family over the last decade with her business,” including her three young children. Pallay received Congressional recognition for “COVID-related activities that benefitted her community,” according to court documents.

“The defendant [Murphy] called upon all of us to comply with his executive orders for the good of the greater, general welfare,” the Appellate brief stated. “Plaintiff’s owner Mrs. Pallay did as she was ordered. But defendant asked her to give much more to the general welfare than most, her livelihood from a business she has built up over 10 years, and ultimately, the business itself.”

The brief further outlined Pallay’s debts to her commercial landlord and other creditors, which accrued as a result of her inability to operate under the restrictions.

For more information about Rescue New Jersey and this case click here.