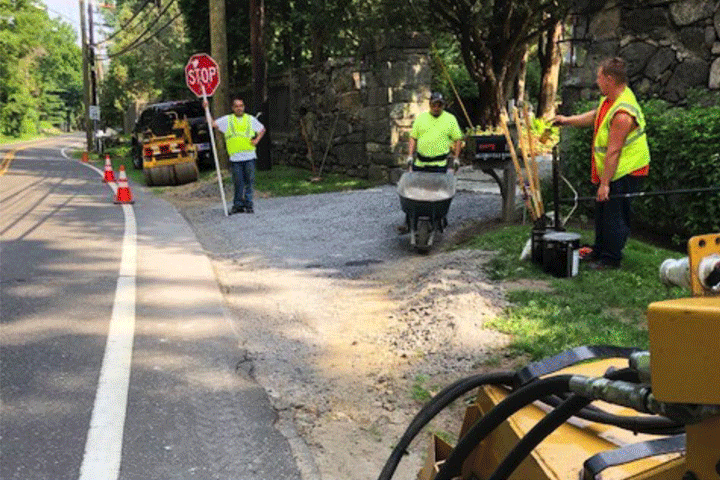 HANOVER — Dosch King, a commercial road construction company, of Whippany, celebrates 95 years serving the state of New Jersey as well as other states and local municipalities.

Dosch King began in 1926 with James King, an asphalt salesman along with Joseph Dosch, selling liquid tar and asphalt. Their venture grew rapidly to the peak of selling over six million gallons of liquid tar per year. By the 1940s the company branched out into road construction and Chip Seal and since then Chip Seal had become Dosh King’s most successful field of service.

By 1970, Dosch King Emulsions was formed and the company became one of the most successful providers of emulsions, polymer additives, and various grades of product. In 2001 the company became involved in the preventative maintenance process of Microsurfacing, saving municipalities thousands of dollars in resurfacing costs. Presently Dosch King serves many municipalities and residential customers in New Jersey, Pennsylvania, and Connecticut.

Dosch King is a perfect example of a hometown company that makes up the backbone of our economic growth. They have been a part of Hanover since their beginnings.

“We’ve built on years of experience that guides us and we are proud of our quality products and workmanship,” said Dosch King. The company has remained in the King family and is now in the fourth King generation. One of the principles, David King is also the president of the Hanover

Passenger Arrested for Littering; Turned over to Sheriff’s Department for Warrants

Resident of Red Carpet Inn Arrested for Possession of Firearm