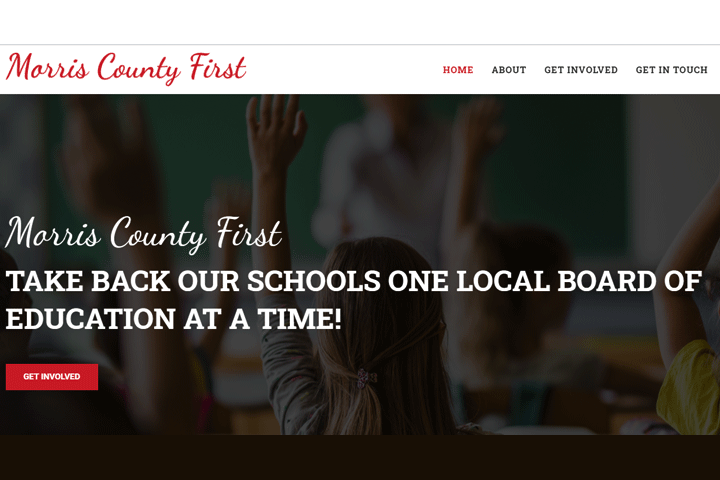 MORRIS COUNTY — The Morris County Republican Committee has launched a website to recruit and support candidates for local Board of Election campaigns, according to MCRC Chair Laura Ali.

The site, titled: MorrisCountyFirst.com, was launched to counter the influence of extreme liberal “woke” activists who are attempting to radically alter school curriculums without the consent of parents.

“Too many times, we have seen activist Board of Education members with liberal-leaning political agendas use public education as a tool for political gain,” says the site.

Ali, the mother of three boys, and former President of the Chatham School District PTO said it is time for parents to take control of the school boards from the liberal elites whose national agenda is to provoke discord in classrooms and brainwash children.

Ali said the MCRC is looking for anyone who has an interest in providing a quality, meaningful education for children to run for school board seats. “The MCRC will provide the infrastructure people need to launch a run for their local school board,” she said.

The deadline to file to run in the November Board of Education Elections is July 26. Some districts still conduct their elections in April, giving candidates until February to file for election.

Ali says many parents and teachers are upset with activists on school boards and in the classroom who are pushing a far-left, divisive agenda on children as young as 6 and 7 years old.

She noted that national teacher organizations such as the National Education Association have adopted controversial Critical Race Theory curriculums. The chairwoman noted that the state teachers’ union, the NJEA, proudly proclaims on its website that they want to transform the public school system.

“It’s not their school system to transform. It belongs to us, the taxpayers,” said Ali.

“Parents send their children to school to be educated, not to be indoctrinated into ways of thinking that are divisive to our communities and our nation,” said Ali.

Ali said Republicans would be well advised to start paying attention to the school board races that are often ignored by voters but can be the springboard to political careers.

“The executive leaders of teachers’ unions have millions of dollars at their disposal, raised on the backs of taxpayers, to elect liberal Democrats who will push the anti-American “woke” agenda. We think it’s time to use our resources to fight back,” said Ali.

“The goal of education is to give our children the skills they will need in the job market. We want our children to be able to solve problems and think critically – not to be ashamed of America and ignore its many accomplishments,” said Ali.

“I think America is a great country and I want children to know that.  America is not perfect, but nowhere else in the world do people have as much freedom and as many opportunities to achieve great things as in America.  Just look at the American flags that the Cuban people are holding up as a symbol of freedom. Our flag is the greatest symbol of democracy and liberty in the world.” said Ali.