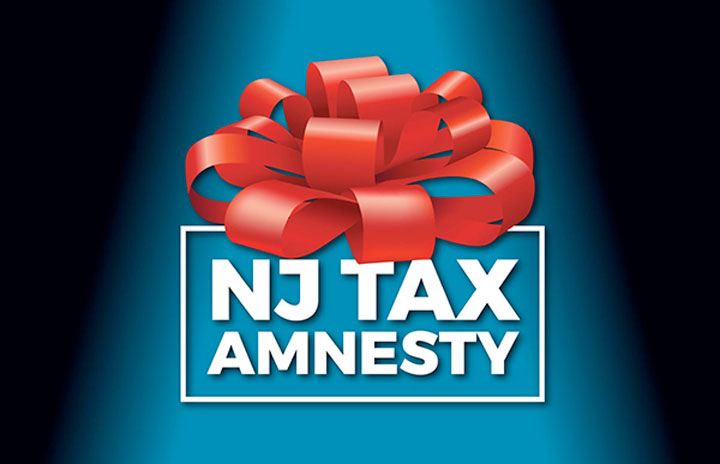 TRENTON — The New Jersey Division of Taxation reminds taxpayers to take advantage of the New Jersey Tax Amnesty program as the January 15 deadline is fast approaching. Tax Amnesty provides individuals and businesses with the opportunity to pay back taxes or file past returns with no penalties and reduced interest, but Tax Amnesty payments must be paid no later than January 15.

Signed into law in July 2018, the New Jersey Tax Amnesty launched on November 15, 2018. The program applies to outstanding tax filings or payments that are due on or after February 1, 2009 and prior to September 1, 2017. Benefits to Tax Amnesty include waived penalties such as late filing and late payment, and one-half of the balance of interest due as of November 1, 2018.

“Thousands of New Jersey taxpayers have already taken advantage of the benefits of the Tax Amnesty program but time is running out,” said John Ficara, Acting Director of the Division of Taxation. “We strongly urge anyone who qualifies for amnesty to take advantage of the program by the January 15 deadline, to avoid incurring greater penalties.”

Taxpayers who do not take advantage of Amnesty before January 15 will incur a five percent penalty that cannot be waived or abated. This is in addition to all other penalties, interest and other costs authorized by law.

In November, the Division of Taxation mailed a letter to all taxpayers who are known to have amnesty-eligible deficient and/or delinquent accounts. In addition, an extensive outreach program has been undertaken to reach as many taxpayers as possible.