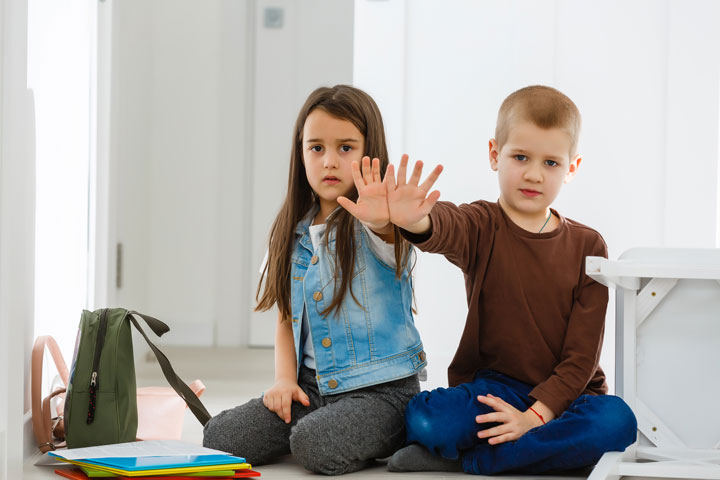 MORRIS COUNTY — Bullying continues to take place, causing lasting scars for some children and teens. During National Bullying Prevention Month, NewBridge Services joins in the call for communities to take steps to stop all forms of bullying.

“No matter where you look, you’ll find incidents of bullying,” said Mary Vineis, director of Community Response and Education at NewBridge Services. “It is imperative to create a school culture that embraces people’s differences, addresses underlying issues that lead to bullying, and creates an expectation that the behavior won’t be accepted.”

NJ School Statistics on Bullying
Bullying in New Jersey’s public schools increased to more than 7,500 incidents during the 2017-2018 school year, and more than half of them took place in middle schools. That’s according to the most recent Student Safety and Discipline in New Jersey Public Schools report and an analysis by the Education Law Center. The ELC analysis found a 17 percent increase in Harassment, Intimidation & Bullying (HIB) incidents between the 2016-2017 and 2017-2018 school years. Surveys have found that one in five students is bullied.

Bullying doesn’t only harm the victim, but also the perpetrator. Studies also show that children who bully are more likely to have problems holding down a job, struggle in relationships, become dependent on alcohol or drugs, and get in trouble with the law, Vineis said.

Learning to Resolve Conflicts
Of the 18,741 HIB investigations conducted in schools in the 2017-2018 school year, about 40 percent were deemed to be bullying incidents, the state report showed. “Often, what appears to be bullying is actually kids trying to solve conflicts without having the skills to do it,’’ Vineis said. “Adults need to teach kids tools to effectively resolve conflict.”

NewBridge offers in-school trainings that teach children ways to handle bullying and deal with conflict, and educators ways to create a safe environment. Students learn coping skills and approaches to building self-image so they are less susceptible to other people’s opinions. Children learn to react non-emotionally to hurtful words and to take power away from a student who is bullying by not engaging him. NewBridge also offers programs for parents, to let them know what the latest threats are and how best to cope with them.

What Students, Schools and Parents Can Do
Classmates can help defuse bullying by simply speaking up. A 2012 study found that when bystanders intervene, bullying stops within 10 seconds in more than half of incidents. “When bystanders say or do nothing, the kid who is doing the bullying may interpret that as them endorsing the behavior,” Vineis said.

One of the most important approaches for schools is to implement rules that delineate acts of bullying and the consequences of those acts.

At home, parents can seize on teachable moments, she said. If their child talks unkindly about another child, “call him on it. Ask him how he would feel if someone were saying something like that about him,’’ Vineis said. Doing so “provides an opportunity for him to have empathy.’’

Warning Signs
Here are warning signs from StopBullying.gov that indicate a child is being bullied, and others that a child may be doing the bullying:

Being bullied:
Unexplainable injuries
Lost or destroyed clothing, books, electronics, or jewelry
Frequent headaches or stomach aches, feeling sick or faking illness
Changes in eating habits, like suddenly skipping meals or binge eating
Difficulty sleeping or frequent nightmares
Declining grades, loss of interest in schoolwork, or not wanting to go to school
Sudden loss of friends or avoidance of social situations
Feelings of helplessness or decreased self esteem
Self-destructive behaviors such as running away from home, harming themselves, or talking about suicide

Bullying:
Gets into physical or verbal fights
Has friends who bully others
Shows increasingly aggressiveness
Gets sent to the principal’s office or to detention frequently
Has unexplained extra money or new belongings
Blames others for their problems
Doesn’t accept responsibility for their actions
Worries about their reputation or popularity

Here’s how children can help themselves
Treat everyone with respect. Stop yourself from saying or doing something that could hurt someone. And if you think you’ve ever bullied someone, say you’re sorry.
If you’re being bullied, look at the person who’s doing it and tell him or her to stop in a calm, clear voice. If you can’t, walk away. Talk to a trusted adult, who can help you make a plan to stop the bullying. Staying near adults and other kids can help you avoid bullying situations.
Stay safe online. Think about what you post, knowing someone could forward it. Don’t share anything that could hurt or embarrass someone. Don’t share passwords with friends or other classmates (but do share with your parents!) Check your security settings to ensure only the people you want to see your posts see them. If you get a message or see a post that alarms you, talk to a trusted adult.
Stand up for other kids. If you see bullying, let an adult know. Reach out to the person who was bullied so they know they are not alone.