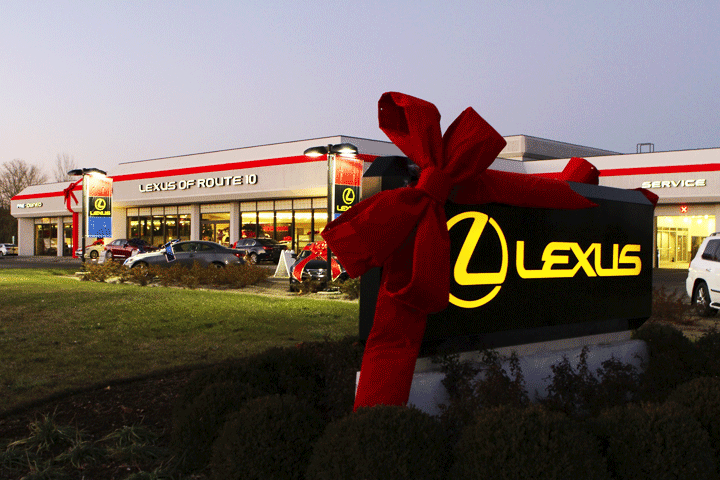 HANOVER TOWNSHIP — The Best of the East award represents the pinnacle of service achievement for a Lexus dealership. Dealerships earning this coveted distinction represent the absolute best of what the Lexus brand has to offer. Lexus recognizes the efforts of its dealer organization to provide its world-renowned customer care, achieve service performance goals and dealership growth.

This award winning, exclusive Lexus dealership was purchased in 2011 by Tom Maoli, philanthropist, serial entrepreneur, real estate mogul, CEO of JoeZone, host of the “Go Big or Go Home” radio show, and the owner of Celebrity Motor Cars. Lexus of Route 10 is centered in the rolling hills of beautiful Morris County, New Jersey, just outside of Morristown, and just 35 miles outside of Manhattan. Lexus of Route 10 is professional yet unpretentious, combining a sophisticated approach with a small-town feel. Lexus of Route 10 is a part of the stable of luxury brands under Celebrity Motor Cars umbrella including Maserati, BMW, Mercedes and Alfa Romeo dealerships.

Since Maoli has taken over, the Lexus dealership has been recognized nationally for several illustrious awards throughout the automotive industry. Lexus of Route 10 has been named as an “League of Elite” dealer, one of 30 stores in the entire nation, and a Lexus Elite dealer for 20 straight years.  Lexus of Route 10 is a top 10 sales volume Lexus Dealer in the US and in the Eastern Area. His dealership is only one of 10 in the entire nation to be awarded the Lexus Circle of Excellence for Finance and Insurance.

Maoli states: “It is apparent by the winning of the Lexus Best of the East that everything we have been doing is working and we are committed every day to create an environment of hospitality for all of our customers.”

About Tom Maoli: Mr. Maoli is the President and CEO of Celebrity Motor Cars, LLC a luxury dealership group based in New Jersey and New York. These dealerships include: Lexus of Route 10, Maserati of Morris County, Alfa Romeo of Morris County, BMW of Springfield, as well as Mercedes-Benz of Goldens Bridge. In addition to his growing automotive empire; Tom is the president and CEO of Real Estate Opportunity Investments, LLC, a residential and commercial real estate development and investment company, along with being founder and CEO of Joe Zone coffee company. Tom also hosts the “Go Big or Go Home” radio show every other Sunday at 10:00 a.m. on iHeartRadio. Listeners may reach him via email him through the website by clicking here.