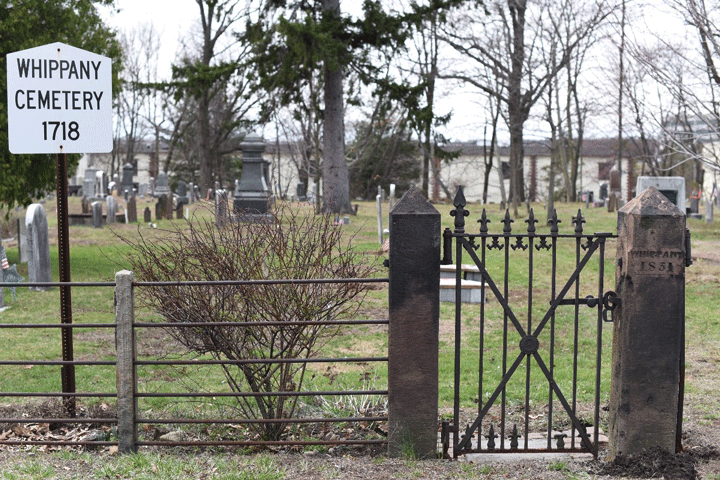 HANOVER TOWNSHIP — You are invited to join an early Veterans Day to honor those who fought in America’s first wars, including one waged before the United States’ birth.  The event will take place Saturday, November 9, from 10:00 a.m. to 12:00 noon in the 301 year-old Whippany Burying Yard on Route 10.  Please park in the next door Casa de Montecristo parking lot.

The Burying Yard is the historic crown jewel of Morris County, serving as a resting place for American Soldiers from the French & Indian, Revolutionary, and Civil Wars.

Hanover Township Veterans who served in the Second World War, Korea, Vietnam, and Iraq will speak.  They sacrificed in bloody modern conflicts, so understand what those earlier heroes endured.

Whippany was called “The Silent Village” in the Second World War, because all who could serve, did.  Men and women offered to sacrifice their lives so that we all can be free.  Sadly, too many of our residents lost their lives in it and in the conflicts since then.

President Lincoln gave a two-minute speech after the battle Gettysburg to dedicate a portion of that battlefield to the memory of those who fought there.  His immortal words had, “we cannot consecrate, we cannot hallow this ground. The brave men, living and dead, who struggled here, have consecrated it, far above our poor power to add or detract.”

For the first time ever, there will be a reading of the names of those who had served back at the beginning of our nation who repose in the Burying Yard.  These will be read by a retired US Marine who spent the bulk of his life in service to our Country. This will honor those who rest, and by extension, those who served since then, including today.

Members of the Township’s eighth grade will be in attendance.  Unfortunately, they will not be able to say, “I saw him,” of Mr. Charles H. Jones. He served from 1943-46 having secured his mother’s written permission for the US Navy to send him to fight in the Pacific – at age 17. His duties required his wearing asbestos gloves at the battle of Okinawa.  He threw red-hot 40mm gun barrels overboard so they could be changed.

The morning’s ceremony will also include a dedication of a cross that replaces one that stood in the Burying Yard.  There will be a guided tour afterwards. Light refreshments will be served.