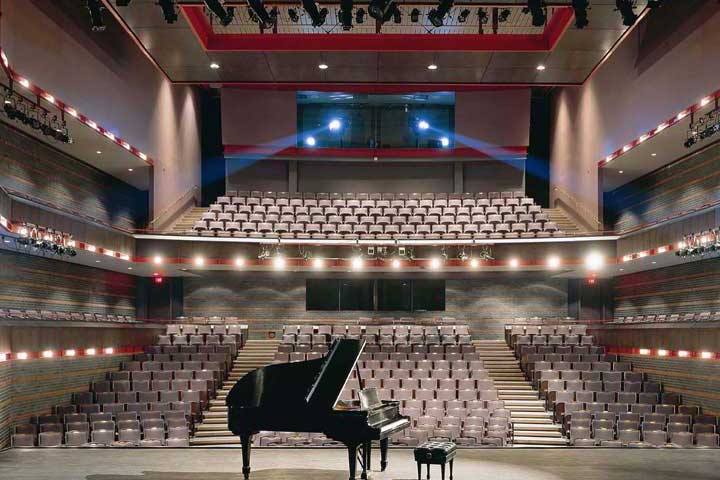 MORRIS COUNTY —A new music & concert experience is coming to New Jersey. Music With Friends NJ is a membership only private concert series that is being held at the smaller of two stellar theaters at NJPAC in revitalized downtown Newark. Members are joining from surrounding New Jersey suburbs, north & south NJ, and out of state from Pennsylvania & New York.  Annual membership dues support up to five nonprofit 501(c)(3) organizations that are selected by polling the members with most votes for their desired charity. “The concert clubs’ charitable component is an important aspect of our business model.  In addition to donating a significant portion of the net revenue from annual memberships to nonprofit organizations, we will be asking artists to donate all or part of their performance fees to charitable causes that are meaningful to them”, says club owner David Stone.

Membership recruitment began with a successful soft launch last summer as the company continues to ramp up its marketing efforts for 2020 in preparation for its first concert event in late Spring with a significant artist to be announced once they are nearing complete membership enrollment.

David Stone came up with the idea of developing a private concert series in 2017 and continued developing the format when he was introduced to Larry Farber in Charlotte, North Carolina. “Larry started his own successful private concert club in 2006 in Charlotte, and subsequently in Houston.  After we met and became friends over the course of several months, I suggested that I license Larry’s club name Music With Friends and adapt my format to his template to ensure greater success using his resources, commented David Stone.

What exactly is Music With Friends NJ?  It’s an exclusive membership concert club that provides great performances at the small intimate Victoria theater at NJPAC, featuring iconic & legendary performers that normally play considerably larger venues. It’s as close to a perfect experience as a music lover’s evening can get.  “The ability to get away from life for a while, hanging with friends and recapturing the great feelings we experience within an intimate venue is a truly awesome!” stated David Bell, Music With Friends Club Director.  Bell comes to MWF and is collaborating with Stone after spending five years as the Co-Founder and General Manager of YB Fitness – a nationally recognized, full-service health club in  Short Hills New Jersey.

Stone said, “If show attendees want a true VIP music experiences, then this club is what they are looking for.” The club experience is open to a maximum of 450 club members and includes a pre-show networking event with other members along with open bar service, upscale dinner stations, and pass out hors d’œuvres, followed by a post-concert dessert & beverage, with convenient underground parking, all included with members annual dues. David Bell explains “It’s live music the way it was meant to be, up close & personal. For those wishing to impress their clients, this event will surely create a special memory that will create a more personal experience and enhance your client relationship”

In addition to donating revenue and/or artist fees to charity, they are reserving a section of the theater and providing seats to regional nonprofits to auction off at their gala events or online to help raise additional funds for their charity.

Stone had been producing his own philanthropic rock & roll concert series since 2009, originally with New York radio personality Pete Fornatale until his death in 2012 and has since continued on his own, now transitioning his efforts to Music With Friends.  He also manages Rock & Roll Hall of Fame inductee Richie Furay, founding member of Buffalo Springfield & Poco.  David Stone has been committed to serving New Jersey residents with his wife & business partner Nancy through their retail shops in downtown Millburn, Nancy And David Fine Jewels, and a second shop, STYLE by Nancy And David at Footnotes. They also reside in Short Hills and are NJ residents since 1984.  The Stone’s donated the street clock to the township of Millburn in 2005 that stands at a busy intersection in the downtown area. “We believe in giving back to the community we serve, and have done so through our local businesses and ongoing concert series through the years”, said David Stone.

Inquiries for Music With Friends NJ personal club membership or corporate sponsorship can be made by emailing Membership@MusicWithFriendsNJ.com, or by calling (973) 671-8849.