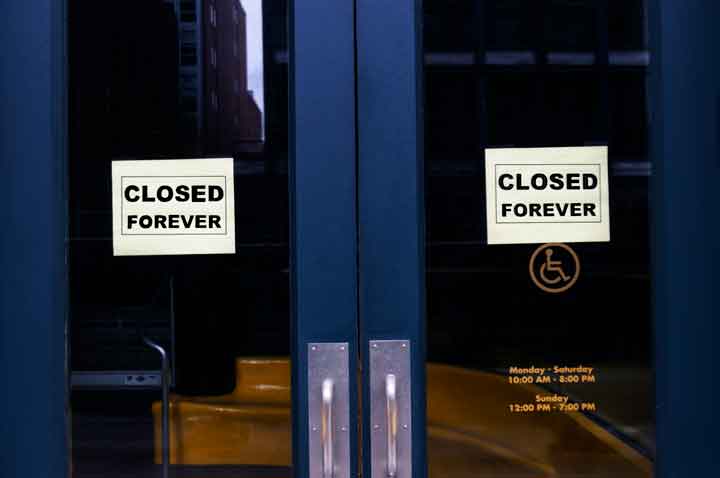 PARSIPPANY — The letter brief filed in the Appellate Division on Friday in the case against Gov. Phil Murphy for his violations of the Disaster Control Act, expressed Murphy’s opposition to offering relief to one Sussex County business – now out of business – as a result of the governor’s continual shutdowns.

According to the filing from the attorneys for the business owner, Robert W. Ferguson, Esq., of the law firm of Stern, Kilcullen and Rufolo, LLC of Florham Park and Catherine M. Brown, Esq., of Denville, who asked to additionally expedite the appeal after their client’s business was decimated, defendant Murphy “opposes all relief requested herein.”

Originally filed in the Sussex County Superior Court on September 23, the case first sought a declaratory judgment against Murphy too, as he was mandated under the Disaster Control Act, establish compensation boards in every county, where businesses like Ferguson and Brown’s client JWC Fitness, LLC., could petition for “reasonable compensation.”

With these boards, individuals and businesses could attempt to seek recompense in return for the governor’s taking of their property during the eight back-to-back states of emergency that Murphy has continued to declare since March.

As part of Murphy’s Executive Orders and invocation of the Disaster Control Act, the plaintiff’s business fought for survival under Murphy’s edicts, following a previously fruitful 10-year-run, after Murphy deemed it “non-essential” during the pandemic.

“He’s [Murphy’s] playing carrot and stick with fundamental rights,” Ferguson said.
“The Murphy Administration should be more responsive, instead of giving back the ‘let them eat cake’ approach,” said Donald Dinsmore, Esq., the chairman of Rescue New Jersey, the not-for-profit, non-partisan group that facilitated the lawsuit.

The attorneys described in a Superior Court brief that their client from Franklin Borough, Darlene Pallay – who ran her business as CKO Kickboxing Franklin – as “a law-abiding, taxpaying citizen of this State,” who helped to support her family over the last decade with her business, including her three young children.

“She complied fully with the Governor’s Executive Orders, notwithstanding the personal economic cost to her and her family,” the brief also read. “She won Congressional recognition for COVID-related activities that benefitted her community.”

The letter brief also asked the court to consider moving the case along quickly, based on its merits. “The defendant [Murphy] called upon all of us to comply with his executive orders for the good of the greater, general welfare,” the brief stated.

“Plaintiff’s owner Mrs. Pallay did as she was ordered. But the defendant asked her to give much more to the general welfare than most, her livelihood from a business she has built up over 10 years, and ultimately, the business itself.”

The brief further explained that Pallay currently owes back rent to her commercial landlord and payment for expenses she has become unable to pay. While the Superior Court case sought a declaratory judgment, the Appellate brief indicated, “The winddown of the plaintiff’s business affairs depends entirely on whether the state will compensate Mrs. Pallay for her total compliance with the defendant’s executive orders, as required by the Disaster Control Act.”

Law Enforcement Night to be held on March 11

Morris County School of Technology Teacher of the Year