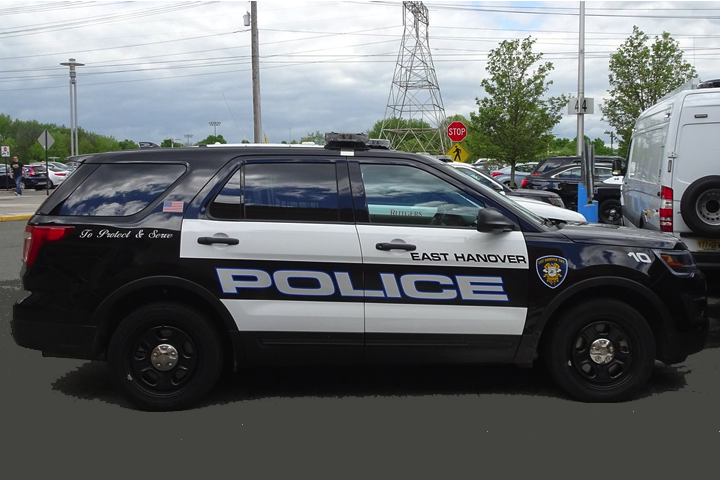 Officers responded to the burglary report at a home on Ridgedale Avenue in East Hanover on Thursday, August 18.

When the other suspects were asked to exit the home, they took off running, one of them holding a handgun, according to police.

They were caught after a brief foot chase and taken into custody, police said. Their identities were not released.

According to a spokesman for the East Hanover Police Department, the suspects were former employees of the victim and wanted to collect money.

“Our officers are out on patrol 24/7/365 and doing the job they were trained to do and doing it professionally,” Police Chief Christopher F. Cannizzo said. “One minute we are handling parking complaints and minutes later chasing suspects with a gun.” Our detective bureau is working with our county and federal agencies to prosecute these three individuals to the fullest extent.

If anyone sees any suspicious persons, cars, or anything else immediately call the East Hanover Police Department at (973) 887-0432 or 9-1-1. Any concerns or questions , please reach out to me or someone from my command staff and we will be in touch. We also have a dedicated detective email set up ( detectives@ehpolice.com ) specifically set for you if you need anything.