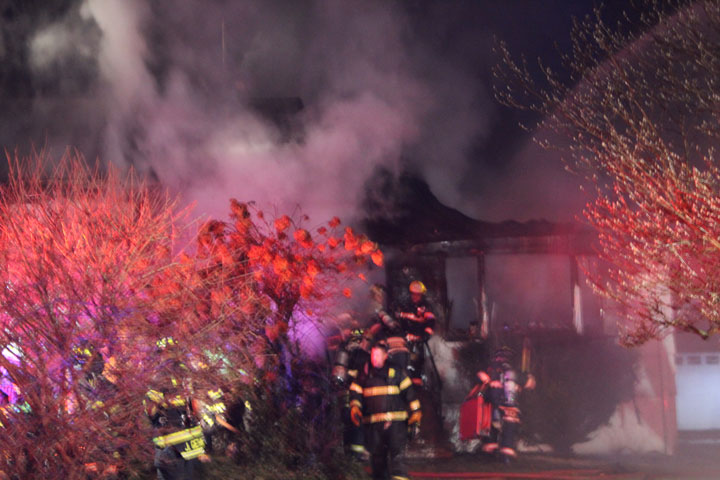 EAST HANOVER – Morris Focus was on the scene of a working house fire at 12 Kimble Place. The fire was reported at approximately 7:57 p.m. on Friday, January 4.

Firefighters arrived at the scene and observed a fully engulfed fire ripping through a house according to fire officials. Fire crews were able to extinguish some of the fire in order to get into the structure where they reportedly found two unconscious and unresponsive victims inside. Both victims were pronounced dead at the scene.

Firemen were ordered to exit the structure due to partial structure collapse of the home.

The preliminary investigation has revealed that the fire resulted in two fatalities. The investigation remains ongoing and the identities of the individuals will not be released at this time.