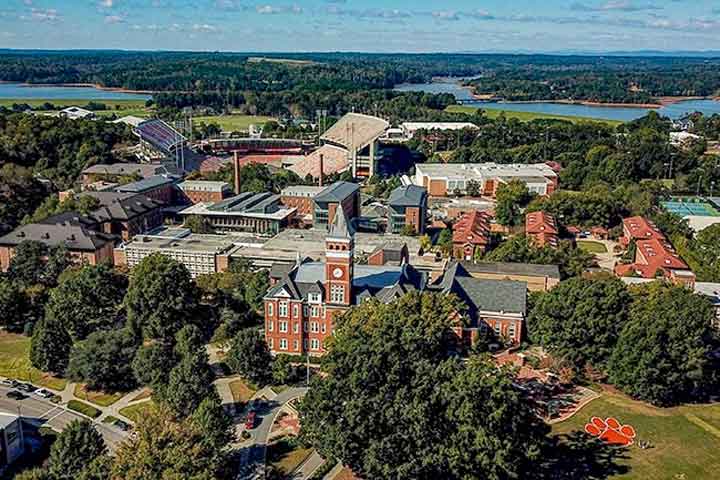 MORRIS COUNTY — Local students have been named to the fall 2018 Dean’s List at Clemson University.

Gillian Shayne Bello of Boonton Township, who is majoring in Biological Sciences. She is a graduate of Mountain Lakes High School.

Daniel Thomas Morace of Florham Park, who is majoring in Computer Science. He is a 2018 graduate of Seton Hall Preparatory School.

William Lee Hendrickson of Madison, who is majoring in Computer Science. He is a 2016 graduate of Madison High School.

One of the country’s most selective public research universities, Clemson University serves a uniquely driven and highly accomplished student body.

Ranked as the 24th best national public university by U.S.News & World Report, Clemson is a science- and engineering-oriented college dedicated to teaching, research and service. Founded in 1889, we remain committed both to world-class research and a high quality of life. In fact, 92 percent of the seniors say they’d pick Clemson again if they had it to do over.

Clemson’s retention and graduation rates rank among the highest in the country for public universities. They’ve been named among the best public college values by Kiplinger magazine in 2017, and Princeton Review named   among the “Colleges that pay you back” in 2017.

The beautiful college campus sits on 1,400 acres in the foothills of the Blue Ridge Mountains, along the shores of Hartwell Lake. But they also have research facilities and economic development hubs throughout the state of South Carolina — in Greenville, Greenwood, Anderson, Columbia and Charleston.