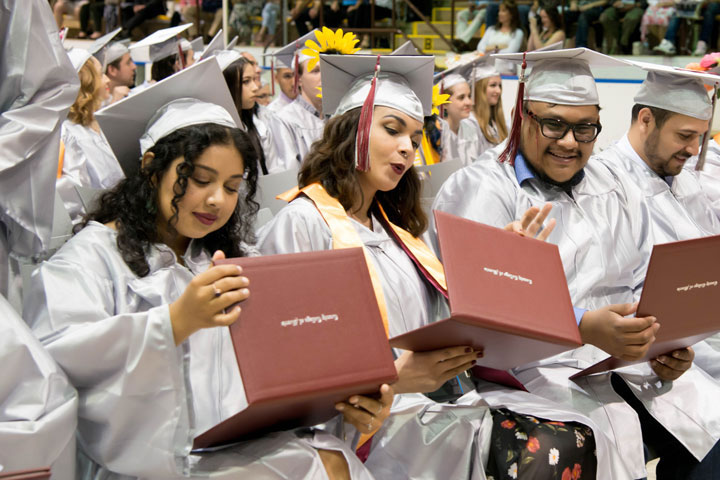 MORRIS COUNTY — Graduates from County College of Morris (CCM) are once again raving about the quality of their education and the college’s ability to provide them with a solid foundation for success.

The most recent survey of graduates, this time from the Class of 2017, shows unequivocal satisfaction with the preparation they received at CCM.  The Office of Career Services and Cooperative Education has conducted a survey of graduates annually since 1971.  As in past surveys, the vast majority of respondents from the Class of 2017 – 99 percent – rated their CCM experience as “excellent” (83 percent) or “good” (16 percent).

“Great experience,” said one former student. “I learned so much being at CCM, both in my classes and extracurricular activities on campus.”

This year’s survey represents 70 percent, or 923 graduates, from the Class of 2017. Of those students, 81 percent have furthered their education by transferring to a four-year school to earn their bachelor’s or enrolling in other continuing studies. Of those, 98 percent described their preparation for those programs as “excellent” or “good.”

Almost 70 percent of transfer students have stayed in the Garden State to continue their education. The most popular choice for those students is Rutgers. Others in the top 10 include Montclair State University, William Paterson University, New Jersey Institute of Technology, Ramapo College and Kean University. Out-of-state institutions include Columbia University, the Culinary Institute of America, Penn State, Savannah College of Art and Design, and the University of San Diego.

The vast majority of CCM graduates who earned degrees focused on immediate job entry or certificates – 74 percent – reported that they are working in fields related to their major. Of those graduates, 97 percent rated their preparation for their jobs as “excellent” or “good.”

“Human resources told me that they love CCM grads,” said one survey respondent. Another said, “CCM really prepared me for my career.”