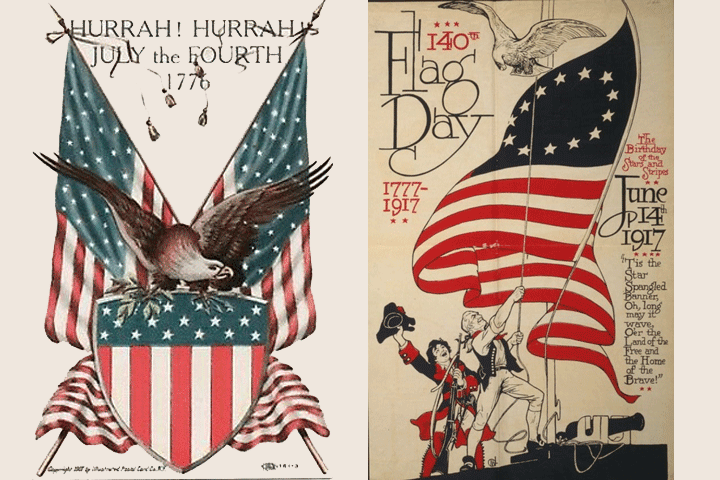 The display is timed to celebrate our nation’s Independence Day.

The legal separation of the Thirteen Colonies from Great Britain in 1776 took place when the Second Continental Congress voted to approve a resolution of independence declaring the United States free from Great Britain’s rule.

The Flag Resolution of June 1777 was the first recorded meeting, discussion, or debate by Congress about a national flag.  It simply stated, “Resolved, That the flag of the United States be made of thirteen stripes, alternate red and white; that the union be thirteen stars, white in a blue field, representing a new Constellation.”

Flags that few during times of war and national crises from the colonial era through the mid-twentieth century are on display in the lobby and second floor at the County Library.

These flags not only marked important periods in American history but through the symbolism show the nation’s development.

Included in the exhibit are period photographs and other materials related to the stars and stripes.

The Heritage Commission staff and members of the Morristown Chapter of the DAR worked together to bring this exhibit to the public. The goal is to give visitors to the library a better appreciation of the changes to our flag and the history that is symbolically represented in the stars and stripes.

The Morris County Library is located at 30 East Hanover Avenue, Whippany directly across the street from the Frelinghuysen Arboretum.