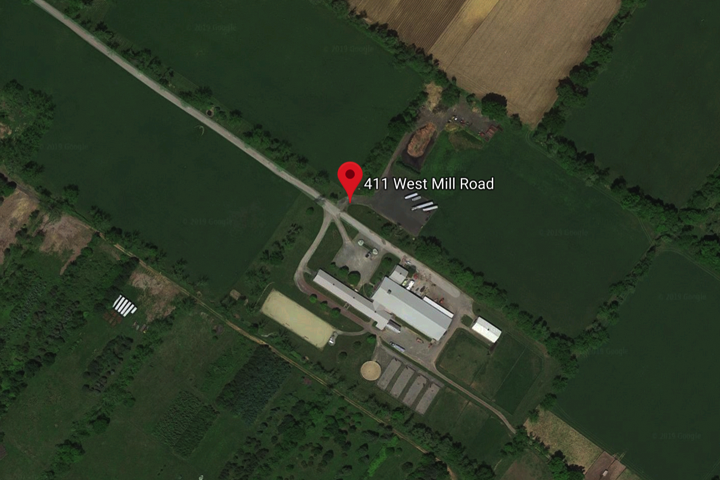 At approximately 2:15 p.m., police were dispatched to 411 West Mill Road on a report of shots fired. Members of the Washington Township Police Department responded quickly, took the suspect into custody and secured the scene. Law enforcement located one individual who had sustained what appeared to be multiple gunshot wounds.  Two additional injured individuals were also located at the scene, including the suspect.

Washington Township Mayor Matt Murello stated “There was an incident this afternoon on West Mill Road. The victim was transported to the hospital and the suspect is in custody. I have spoken to Chief Almer and the area is safe, but a police presence will be in the area until the investigation is completed.”
It was reported that the victim  underwent emergency surgery Wednesday night but her condition has not improved greatly.

The property is owned by Michael Barisone, a member of the 2008 U.S. Olympic dressage team. He’s well-known in the sports, offering riding clinics in New Jersey and Florida, according to his website. He trained the 2016 Olympic bronze medalist in dressage at the Rio summer games.

If anyone has any information related to this investigation, they are encouraged to call the Major Crimes Unit of the Morris County Prosecutor’s Office at (973) 285-6200, or the Washington Township Police Department at (908) 876-3232.