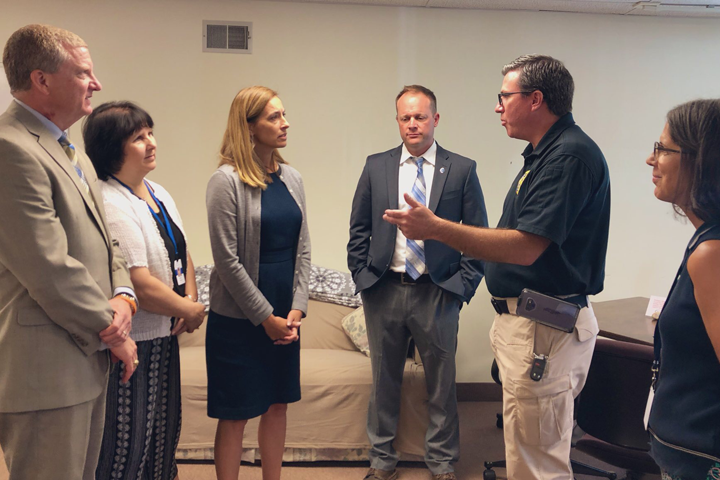 MORRIS COUNTY — Representative Mikie Sherrill met with local officials and organizations yesterday as part of a swing through the 11th Congressional District focused on the opioid epidemic. In 2018, more than 3,000 people died in New Jersey of an overdose, higher than the national average. Throughout the 11th District, healthcare providers, non-profits, local governments, and law enforcement are working together to combat the high rate of overdose in our communities. 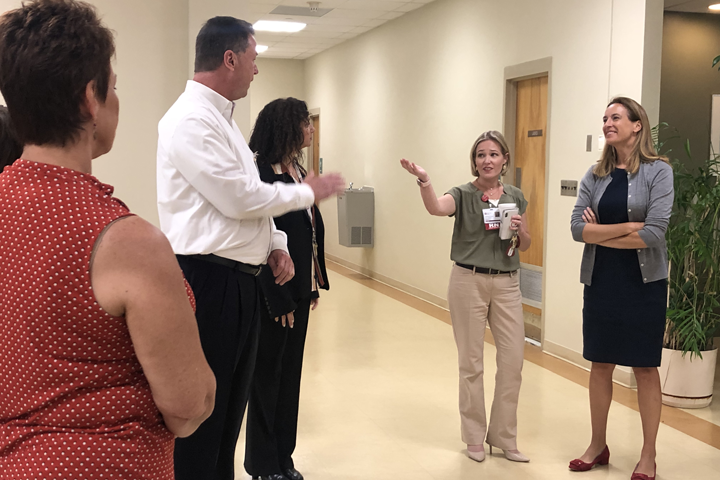 “Today I saw the scope and scale of the community partnerships among local healthcare providers, non-profits, and members of law enforcement to fight this disease as the public health crisis it is,” said Representative Sherrill. “Addiction can take over someone’s life, and our solutions to this challenge need to be equally as comprehensive. As a member of the Freshmen Working Group on Addiction, I have worked to secure grant funding for our local providers, combat the importation of fentanyl, and promote scientific research on the epidemic.”

The Center for Prevention and Counseling is a state opioid response grant recipient. One of the first bills Representative Sherrill authored in Congress was the State Opioid Response Grant Authorization Act, which would fund a five-year authorization to provide additional treatment beds, expand treatment and recovery options, bridge gaps identified in systems of care, support robust prevention campaigns, and other actions taken by the states to address the opioid epidemic. Sherrill and her fellow sponsors secured $1.5 billion to the State Opioid Response Grant program for the next fiscal year in the House-passed Appropriations bill, a $500 million increase from the previous year.

Representative Sherrill visited with the opioid response unit at St. Clare’s Hospital in Boonton, and she and her staff completed NARCAN training with the Morris County Sheriff’s Office and the Mental Health Association of Essex and Morris. She also met with Donna Andelora, founder of Lost Angels Bereavement Group, ahead of the Wayne Alliance’s 2nd Annual Overdose Awareness Day Vigil on August 31. Donna lost her son Joey at the age of 22 to a heroin overdose, and started the Lost Angels Bereavement Group to help local families cope with loved ones struggling with opioid addiction or overdose.

Representative Sherrill is a member of the bipartisan Freshmen Working Group on Addiction and leading on the issue of opioid addiction in the House of Representatives. In addition to the SOR Grant Authorization Act, Representative Sherrill co-sponsored the EFFORT Act to direct the National Science Foundation to conduct research into the opioid epidemic, which passed in the House last month with bipartisan support. To combat the flow of fentanyl from overseas, she co-sponsored the Fentanyl Sanctions Act, and voted for its passage as part of the House defense authorization bill. Sherrill also voted in May to appropriate $159 million for the Department of Justice’s Comprehensive Opioid Abuse Site-based Program (COAP), which provided grant money to launch Morris County’s Hope One mobile resource vehicle.