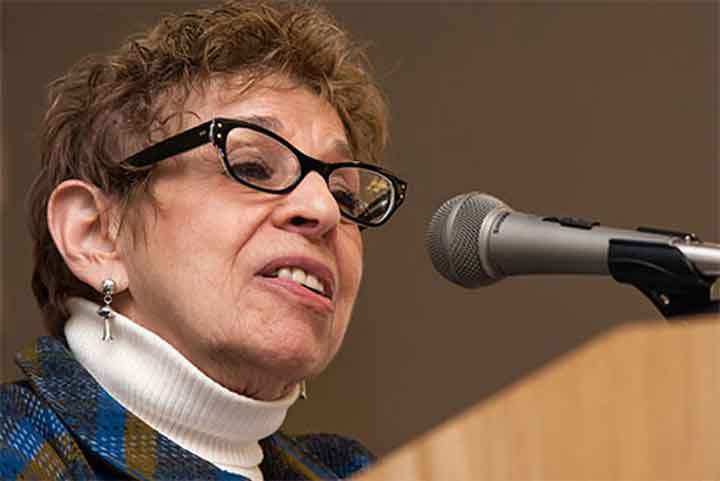 MORRIS COUNTY — Described by the Village Voice as more than a film, the documentary “Karl Marx City” will be the first of three presentations held at the Morris Museum’s Bickford Theatre by the County College of Morris (CCM) Legacy Project this academic year.

“Karl Marx City,” co-directed by the award-winning filmmaker Petra Epperlein and Michael Tucker, “is a fascinating conversation about history itself, the very act of forgetting and the persistence of memory,” according to the Village Voice. The film explores the suicide of Epperlein’ father and the life of her family behind the Iron Curtain.

The documentary will be shown as part of this year’s Legacy Project series focusing on “War, Peace and Healing.”

Free and open to the public, “Karl Marx City,” followed by a Q&A with Epperlein, will be shown at the Morris Museum Bickford Theatre, on Friday, November 1, from 7:30 p.m. to 9:30 p.m. To guarantee seating, please RSVP to leagacy@ccm.edu. The Morris Museum is located at 6 Normandy Heights Road in Morristown.

The Legacy Project will offer two additional presentations at the Bickford Theatre in the spring. Specific dates have yet to be scheduled.

In March, poet Seema Reza, will introduce the documentary film, “We Are Not Done Yet,” and then participate in a discussion after the screening.

Directed by Sareen Hairabedian and produced by Jeffrey Wright (Emmy winner for HBO’s Angels in America and two-time Emmy nominee for HBO’s Westworld) and David Holbrooke (HBO’s The Diplomat), the film profiles a group of veterans and active-duty service members as they share their experiences and seek to combat their traumas in a United Service Organizations writing workshop.

The project was inspired by the writing workshops for veterans led by poet Reza, chair of Community Building Art Works, a charitable organization that develops arts programs for veterans and their communities.

In April, Eugenie Mukeshimana, a survivor of the 1994 Rwandan genocide, will give a lecture on “Surviving Genocide.” She will share her experiences, discuss forces in Rwanda that fomented the genocide, and educate listeners about the dangers of hatred, inflammatory language, violence and the dehumanization of others.

For additional information on this year’s Legacy Project programs click here. Specific dates for the spring events also will be announced there.

Over its seven years of existence, the Legacy Project, led by a team of CCM professors and staff members, has presented lectures and programming on a variety of important issues that impact society.