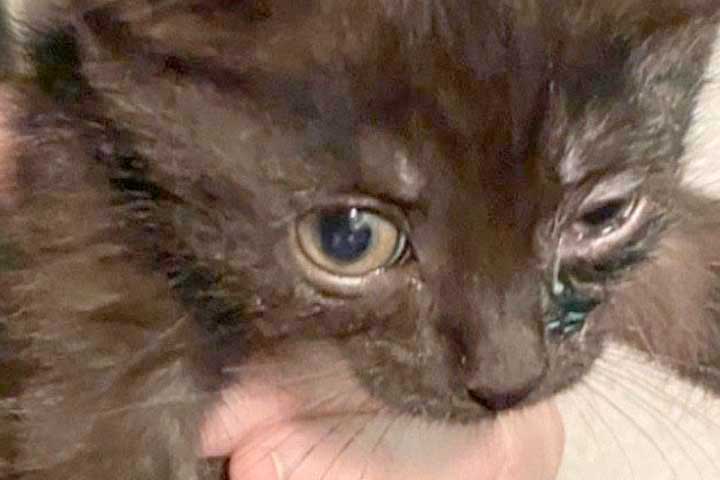 EAST HANOVER — People of all ages came out “To Save the Animals at Mt. Pleasant Animal Shelter” protest on Saturday, September 19.

Stop The Abuse at Mt. Pleasant Animal Shelter
1 of 12

The message was very clear: “Save the Animals – Stop Animal Abuse, “Stop the Abuse,” “Honk to end Abuse,” “Animals denied Medicines and Vaccines,” “Animal Welfare Over Profit,” “Save the Animals at Mt. Pleasant Shelter,” “Animals Denied Vet Care,” “No Kill, Check the Freezer,” and “Fire Maureen.”  The Maureen they are referring to is Maureen Ryan-Van Artsdalen. Van Artsdalen was hired as Executive Director on January 2, 2019.

“As a former significant financial contributor to the shelter, I find the current leadership sadly lacking in compassion, direction and managerial skills. The current Executive Director has used her position to make working conditions miserable for the staff and medically unsafe and unhealthily for the animals warehoused in the shelter. Installed in her position by a long gone, self-aggrandizing director, she is almost uniquely unqualified for the job. The animals and workers deserve far better than this petty tyrant,” said Gary R. v.Rotenbeeg.

You can join their FaceBook page by clicking here.

Sign their petition by clicking here. The petition states “The animals at Mt. Pleasant are being denied the medication and care they need for survival. The Executive Director has no Animal Welfare experience and has created an environment of hostility and secrecy. What was once a well run and compassionate shelter is now an environment that is not in the best interest of the animals. The fosters and employees must sign gag orders that they will not share anything negative that they see within shelter walls with the public. Animals are leaving the shelter without being neutered and spayed. The shelter was operating without a licensed vet supervising for an excess of months well before COVID. There is the improper record keeping of animals that come in and out of the shelter. There were animals in foster they had no record of existing, leaving the animal’s care completely in the hands of the foster with no proper guidance from the staff. Turnover of employees is just about 100% since the new ED took over either due to her firing them for fear they’d speak out or them quitting. The fosters that had worked there for years were fired for challenging the ED’s methods or lack thereof. The ED who has been there for 20 months has never learned or attempted to learn any of the shelter’s operations regarding how they function on a day to day basis. We have reason to believe she is earning over $100k, which is 40k more than any prior ED’s salary, and is money that could be used to treat sick animals that often have to wait weeks to months for much needed medical care/surgeries. They haven’t yet filed the necessary 990 paperwork that will help us confirm her salary. She was hired by the Board of Directors that had a friendship with her, regardless of her lack of animal welfare experience. The Board has been notified of everything listed and to date has done nothing about her behavior. We are demanding the shelter’s ED be replaced with a person with the proper animal welfare experience needed to return Mt. Pleasant to the well functioning organization it was before she joined. We are also demanding that the board add new members that have the animal’s best interest at heart and not just the dollars raised for the shelter.

According to their FaceBook page “Mt. Pleasant Animal Shelter is a non-profit 501(c)(3) animal welfare organization that is 100% funded through donations. Our animals are our family until they become yours.” 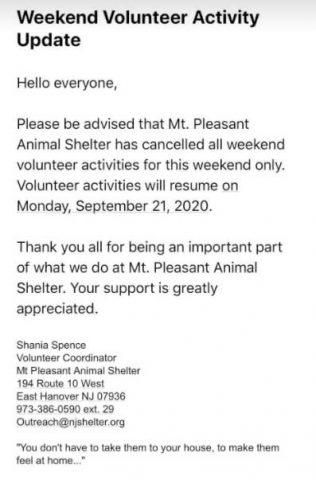 In an email sent to their volunteers Sharise Spence, Volunteer Coordinator, “they were advised that Mt. Pleasant Animal Shelter has canceled all weekend volunteer activities for this weekend only. Volunteer activities will resume on Monday, September 21, 2020. Thank you for all being an important part of what we o at Mt. Pleasant Animal Shelter. Your support is greatly appreciated.”

In addition, the shelter had a planned fundraiser set for Saturday, which was abruptly canceled on Friday. On their FaceBook page they announced “Unfortunately, we are postponing our shredding event. We will update everyone when we have a new date.” 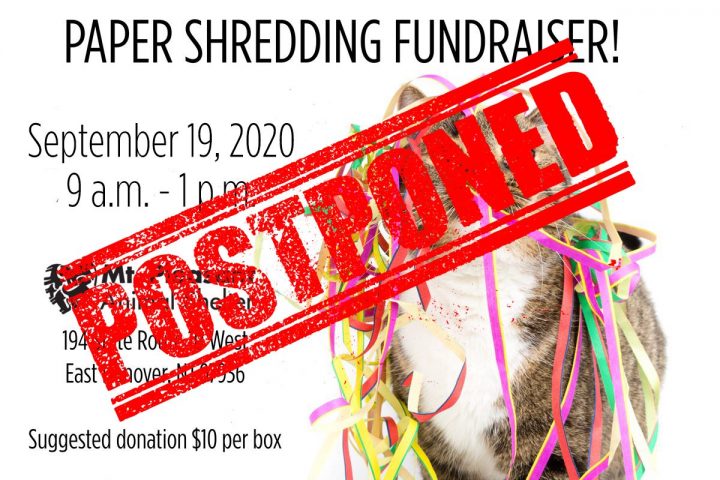 Based on complaints from fosters, adoptees, and ex-employees the protest group compiled a list of demands for change at the Mt. Pleasant Animal Shelter.

“After reviewing all the evidence presented to us, we believe the following is critical for the health and safety of the animals in the care of Mt. Pleasant Animal Shelter.”

Focus called Mt. Pleasant Animal Shelter for comment and was told Maureen was not in but was transferred to Cindy who could speak to me.  The call went to voice mail and Focus left a message, and hasn’t received a return call. Focus also reached out to Maureen on FaceBook, but messages went unanswered.

Focus will update this article when we receive comments from Mt. Plesant Animal Shelter and/or Ms. Maureen Ryan-Van Artsdalen.

On Monday, September 21 at 9:10 a.m., Ms. Maureen Ryan-Van Artsdalen submitted the following comment: “Mt Pleasant Animal Shelter provides excellent medical care for the dogs and cats waiting for their forever homes. We are very proud of this and will not be discouraged by unverified and inaccurate accusations.”