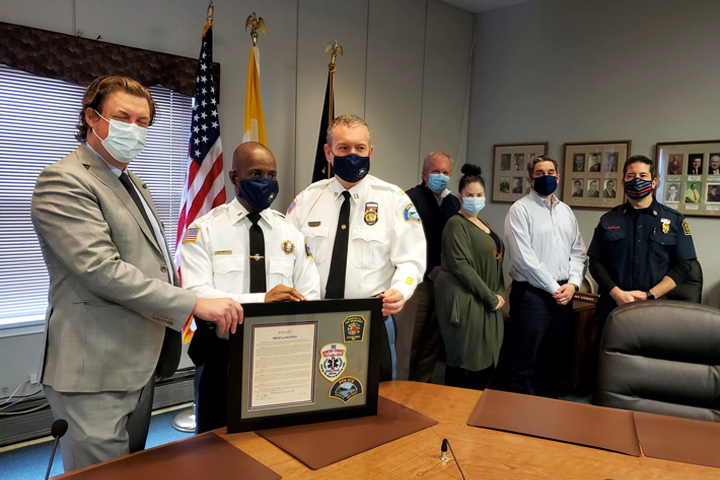 Even during the first wave of COVID-19 when little was known about the disease and most Americans were working and learning from home, our Police Department, Fire Department, and Kiwanis Squad were daily putting themselves at risk to keep our community safe.

Mayor Richard Corcoran recognized their sacrifice and heroism in a mayoral proclamation naming them Citizens of the Year. He presented each department with a framed proclamation and with hearty thanks on behalf of all Boonton residents.

The proclamation reads as follows: 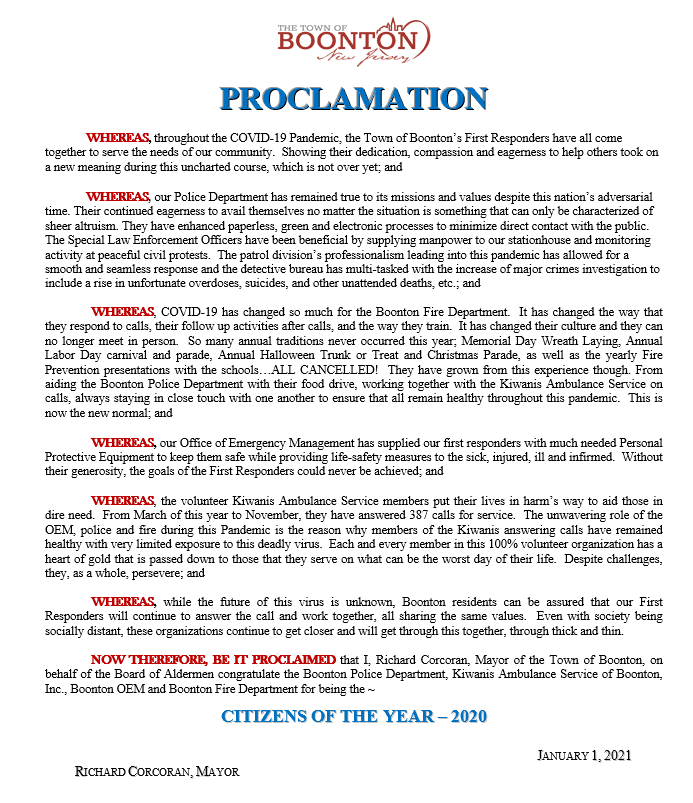