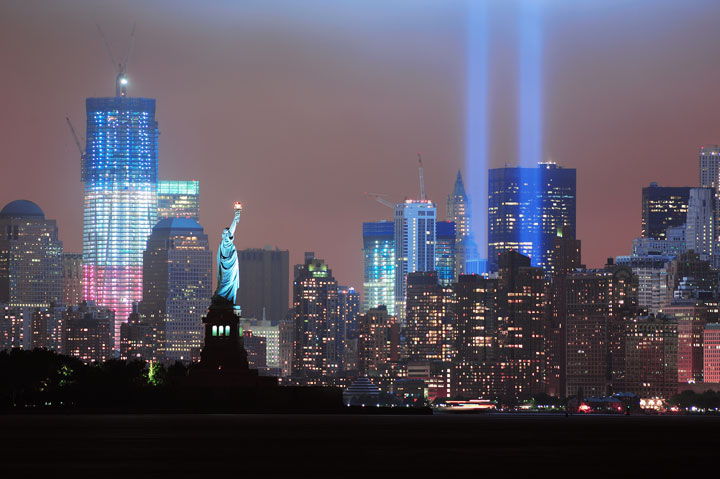 “For so many of us, it is difficult to believe it’s been 20 years since that fateful Tuesday morning in September, which changed our world forever and cost us so many loved ones.

“We all remember where we were that day. As a young Naval Officer, I was stationed at the US Atlantic Fleet Headquarters in Norfolk, VA. I’ll never forget the juxtaposition of a perfect fall day, beautiful blue skies, a crisp feeling in the air, and the absolute horror of the attack as I manned my post in the headquarters. Amidst the chaos, with the Pentagon under attack and so much uncertain information flowing, our hours and days following the attacks were dominated by our coordination of the military response, scrambling jets, and mobilizing forces to be on high alert.

“As we’d come to find out, 749 New Jerseyans died on 9/11, more than 90 of them residing in what is now the 11th Congressional District. As we do every year, we honor their lives by coming together as a community in each town across the district and continuing to keep their memories alive. We promised to never forget, and we keep that promise.

“We owe a debt of gratitude to our first responders from New York, New Jersey, and those who flooded in from all over the country to save lives and search for our loved ones in the rubble. Far too many of them lost their own lives as a result. And to this day, too many are still grappling with the health effects they incurred from their time on the pile. I’ve been so proud to be part of the fight, working for them to help make the 9/11 Victims Compensation Fund permanent. Our continued support for them is central to our efforts to never forget.

“As we gather at services, memorials, and events on this anniversary, it’s heartening to be able to be together once again after the year and a half we’ve had. I look forward to joining you all in towns throughout the district to remember, grieve, and honor our families, friends, and neighbors today.”