Bergen was named #5 out of 100 prominent mover and shakers from all political parties.

According to the list, Bergen is a rising star and a young Republican to watch.

Brian Bergen (R-Denville), a conservative freshman assemblyman from Morris County, said that he would run for Assembly Minority Leader in a bid to make the GOP more aggressive as the party out of power in the lower house.

A veteran who is one of the younger members in the Assembly, Bergen has been a vocal critic of the Murphy Administration, and has thrown his hat in the ring to lead the Assembly Republican caucus. Bergen is making the case that the state Assembly Republican leadership should take a more aggressive approach in pushing back against the Democratic majority, saying ‘if we choose to be winners, we will win’. 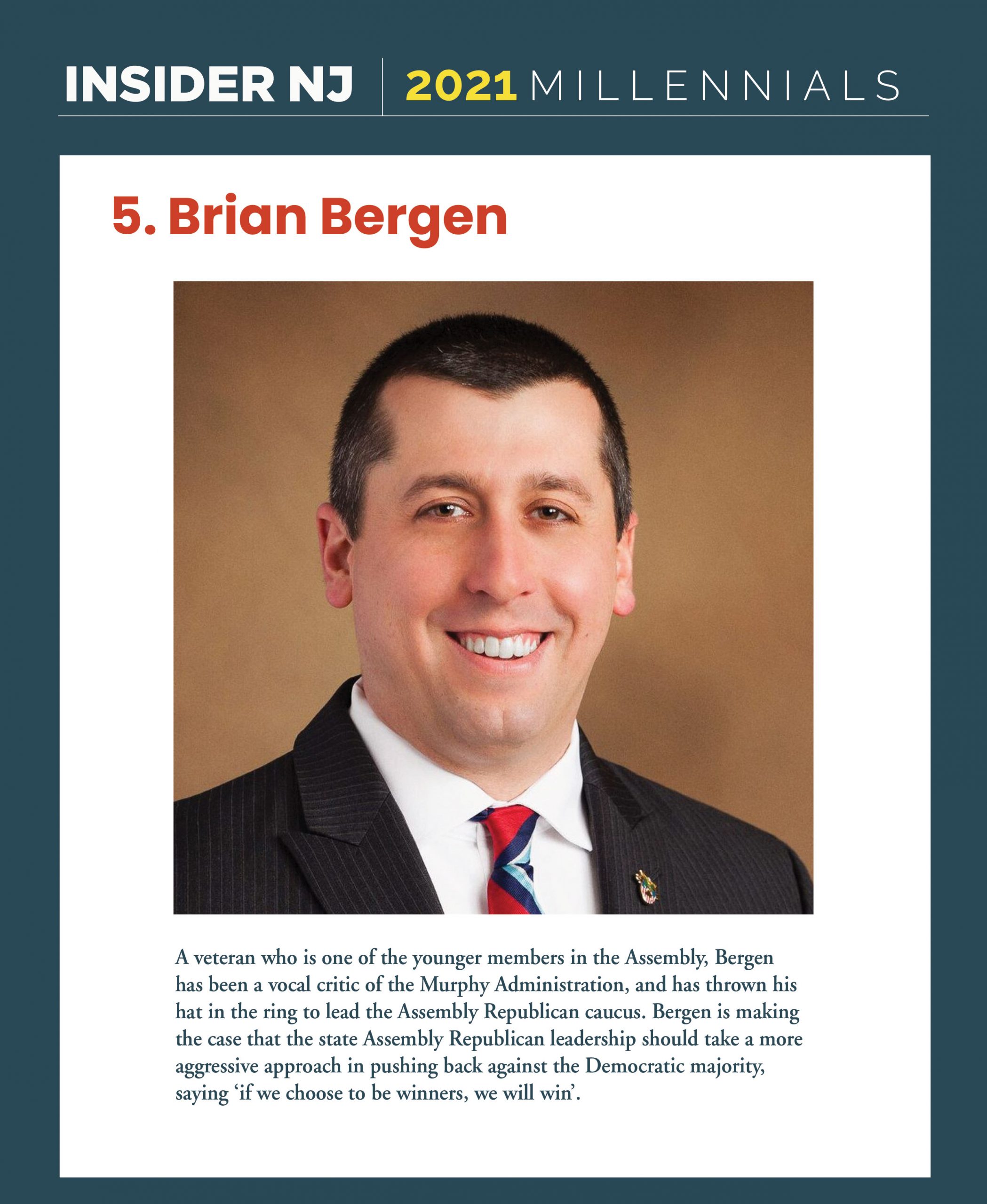