Crumbl Cookies has over 300 stores nationwide. Jason McGowan and his cousin Sawyer Hemsley opened the first store in Logan, Utah in 2017.

Chopt for over 18 years has been working on making the most delicious salads imaginable.

Other New Jersey Chopt locations include Florham Park, Montvale, New Providence, Princeton, and Paramus. Although hours haven’t been released for the new store, other stores in New Jersey are open seven days a week from 10:30 a.m. to 8:00 p.m. Click here to download a typical menu. 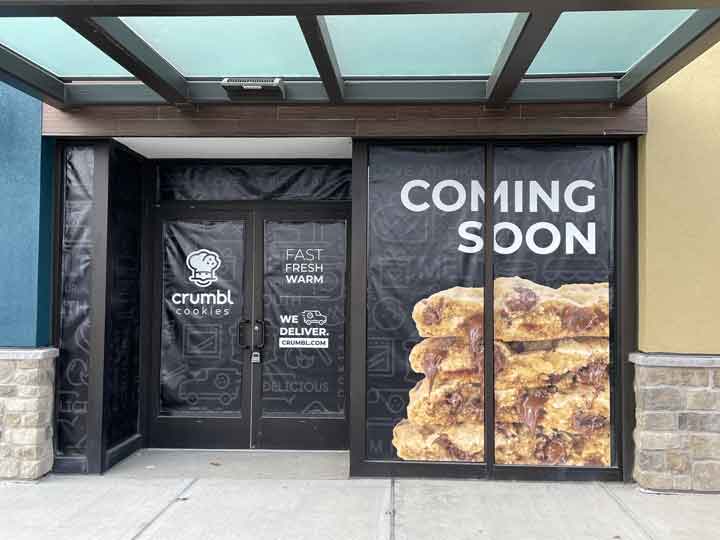 Crumbl Cookies was co-founded by Jason McGowan (CEO) and Sawyer Hemsley (COO). They both teamed up and dove head-first into the world of baking. After thousands of dollars in the wasted dough, recipes that did not live up to their expectations, and cookies that are just plain embarrassing to them today, the two cousins decided to take their ‘perfect cookie quest’ to the people. They gathered feedback and tested recipes — a practice that is still part of the Crumbl process — until they created the world’s best chocolate chip cookie.

After developing the perfect recipe, the duo and their family opened Crumbl’s first store in Logan, Utah in 2017 while Sawyer was attending Utah State University. From day one, it was important to them that Crumbl customers see their cookies being mixed, balled, baked, and dressed in real-time. Equally as important were the high-quality ingredients used in each unique batch. At first, Crumbl only served fresh milk chocolate chip cookies for takeout and delivery, but other services slowly began being offered such as curbside pick-up, catering, nationwide shipping, and more! For more information click here.

Uncle Giuseppe’s will occupy over 42,000 square feet and will feature its signature gourmet offerings in a full-service grocery setting. It is expected to open in Winter 2022 and will be the grocer’s second store in New Jersey, following the enormous success of its first store in Ramsey. The new Uncle Giuseppe’s store at Briarcliff Commons will bring this beloved brand to Morris County, offering key essentials as well as its unique selection of specialty items in a convenient location with ample parking.