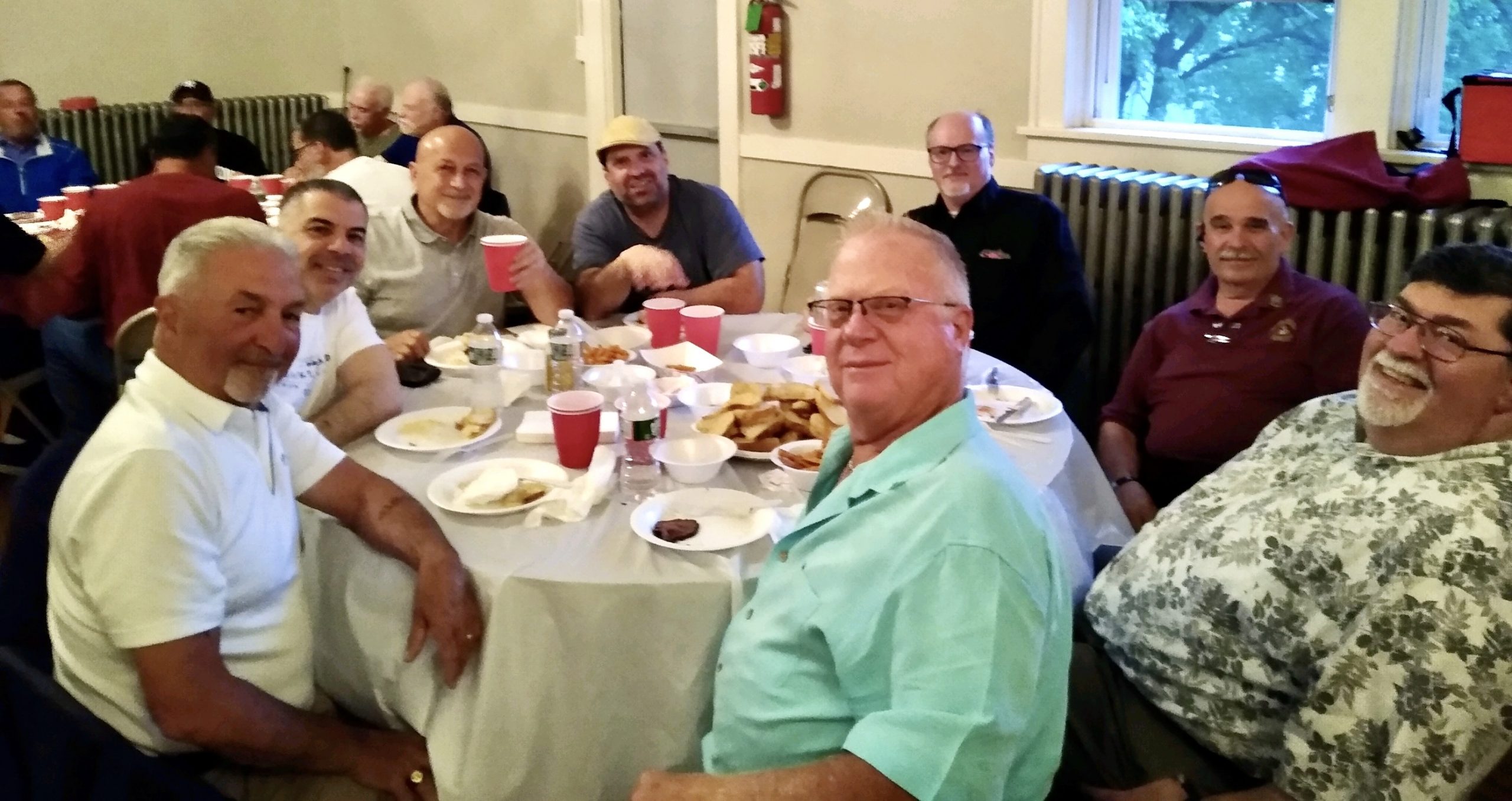 BOONTON — Bite size morsels of juicy, savory, mouth-watering, slivers of tender beef tenderloin (filet mignon), prepared with a butter-based sauce, perched on a round of bread slices (which beefsteak protocol dictates is usually left uneaten and utilized for other purposes) continuously delivered by busy servers on loaded trays, until you cannot possibly devour another bite and throw your hands up in surrender. And do not forget the never-ending supply of crispy, freshly made French fries. Add in a picture or two of cold beer (soda or water for those who do not imbibe) to wash it all down. Sound good?

Boonton’s Walter J. Barrett, Knights of Columbus, Council 1954 hosted just such a feast this past May 20th at their Council on Church Street. The Beefsteak Dinner & Comedy Night Fundraiser was a huge success. There was not an empty seat in the spacious hall that seats two hundred; and the lively crowd knew they were in for a treat as soon as the multiple, full packed, trays of beef started to emerge from the kitchen. These all-you-can-eat, no-frills, no utensils,’ boisterous, gluttonous, fun-packed dinners are common fundraisers for many civic groups and charity fundraisers, and if you were not aware, beefsteaks are a New Jersey thing. Maybe a few in New York or Philly but most definitely a “Jersey” thing! No fancy napkins or white linen tablecloths. The Beefsteak dinner as we know it, even though similar dinners can be traced back to the mid-1800s, was resurrected in 1938 by “Hap” Nightingale, a Clifton butcher, and his classic finger food concept continues today. In fact, Nightingale’s was the caterer for this event.

All the proceeds for the evening’s event will go to a variety of charitable endeavors, including Special Olympics, Bishop Daugherty State Scholarships, Local Area Scholarships, Deborah Hospital Foundation, and Wounded Warrior Project, to name a few, as well as many local charities and causes throughout the year.

According to a very amicable and humble, Bob “Cat” Marcello, a Past Grand Knight, Former Federation Chairman, and 4th Degree Knight, “The Knights of Columbus, founded in 1882, is the world’s oldest fraternity, a Catholic organization with charity as its foremost principle. Boonton Council 1954, established in 1919 currently has 220 members, and new applicants are always welcome. Applicants must be at least 18 years of age, male, and of the Roman Catholic faith. Even though he would not say it, it was clear that Bob Marcello is one of those rare individuals at the heart of organizations such as the Knights of Columbus. Applicants can receive more information by calling Mr. Marcello at (973) 263-9890

The evening did not simply end with just a great meal! First, the Council celebrated Bob Marcello’s birthday with a delicious cake, ice cream, and a rendition of “For He’s a Jolly Good Fellow.” Then when everyone was full and happy and the crowd was anxious for the evening’s entertainment, out came no other than New Jersey legendary comedian and entertainer, Uncle Floyd Vivino. And never one to disappoint, in Uncle Floyd’s own inimitable style, he kept the delighted crowd laughing and cheering throughout his performance. A true local treasure!

Congratulations to the Boonton K of C on a great event for their many great causes.