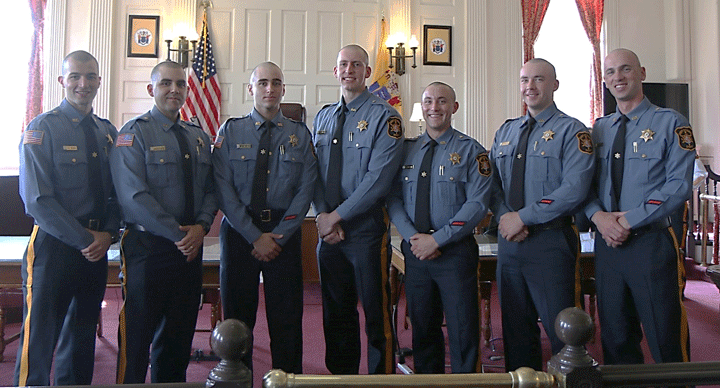 MORRIS COUNTY — An official swearing-in ceremony presided by Sheriff James M. Gannon saw the new officers take their oath of office, receive their Office identification, and were presented with their commissions of service to the people of Morris County.

Sheriff Gannon welcomed all in attendance and congratulated the seven for successfully completing their basic police academy training. He also highlighted the extensive number of supporting law enforcement and community service roles the Sheriff’s Office provides to the people of Morris County. The Sheriff illustrated how this translates to an abundance of opportunities for the newly sworn officers and investigators as they work hard in their new assignments.

The attributes of the new group included military service, volunteer emergency service, various levels of higher education, community service, and experience in other civil service employment. A few of the officers had legacy ties to law enforcement. Sheriff Gannon mentioned how special this family connection is to the “family” of law enforcement professionals. All of the sworn officers and investigators are excited to embark on their new careers.