MORRIS COUNTY —The Morris County 4-H “ResistoJets” Rocketry Club is one of only 18 middle-and-high school groups nationwide to qualify for this year’s NASA Student Launch Initiative and the only team from New Jersey. More than 50 college-age teams will also participate.

During the NASA Student Launch Initiative, or SLI, student teams design, build and launch a rocket and payload according to NASA’s specifications as part of a rocketry competition. The goal of this year’s challenge is to simulate photographing the surface of a planet. The team will design and build an 8-foot-tall rocket that will lift its payload to over 5,000 feet.

During the pandemic, club president and team Captain Sean McConoughey of Califon pursued rocketry as a hobby with his father, Luke. When he learned about the NASA challenge, he approached 4-H to sponsor the team, which includes Brian Sun of Belle Mead, Holt Englander of Morristown, Mya McConoughey of Califon, and Sahisnu Santhosh of Lake Hiawatha. New team members are welcome.

“When I first heard about the NASA Student Launch program I thought it would be a great opportunity to learn and grow after running out of ideas for my own projects,”  said McConoughey. “However, we quickly found out we had to qualify first, in our case through TARC. In hindsight, I think that was a great thing that helped prepare us a lot for the Student Launch. What’s driven me over the last year, since starting the competitions, has been everything I’ve learned and the experiences I have to look forward to.” 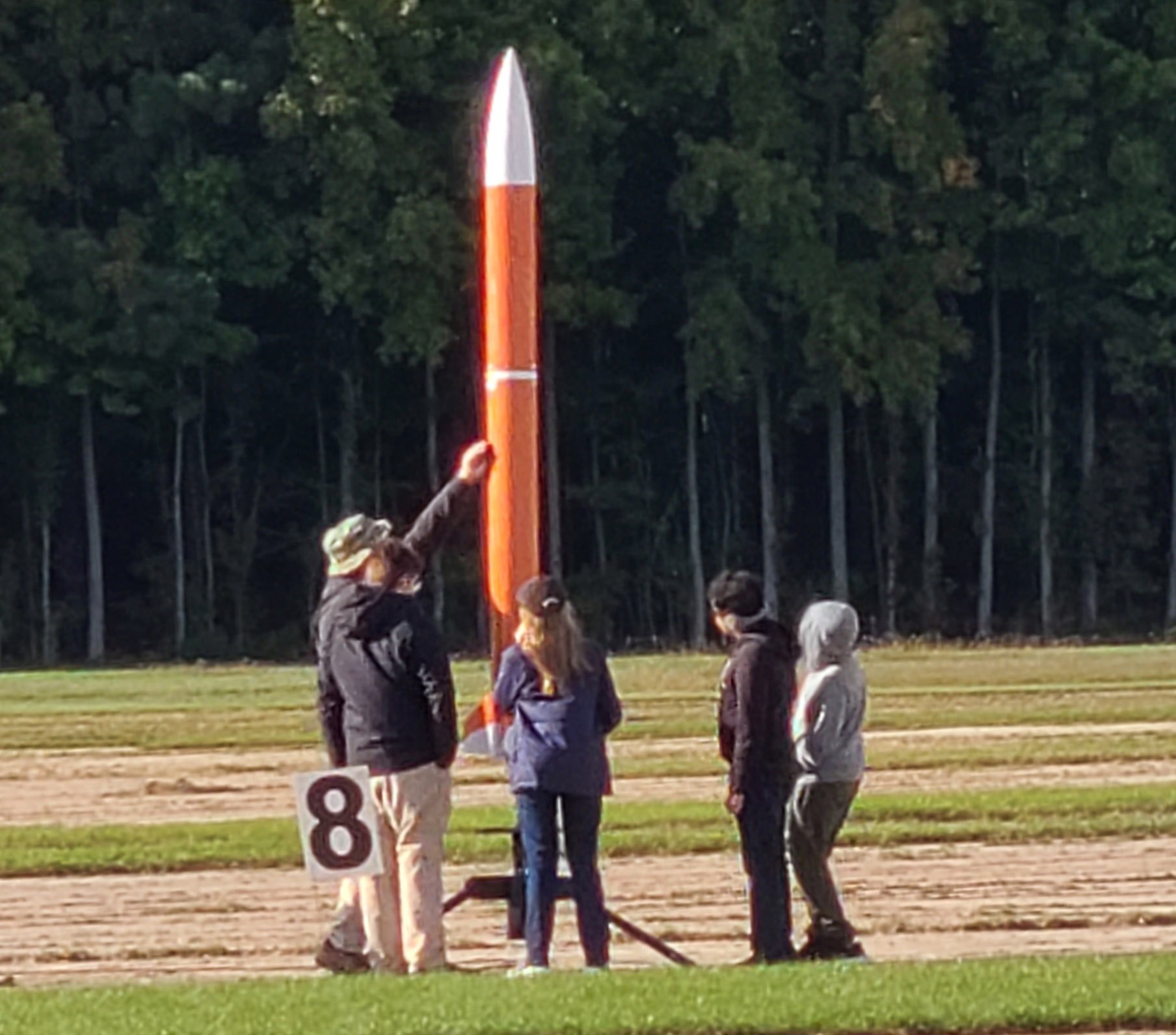 To qualify for the 2023 NASA SLI, the ResistoJets Rocketry Club’s five members had to compete and succeed in the prerequisite American Rocketry Challenge (TARC) last year, designing a rocket to transport two eggs to a certain altitude before landing them safely on the ground — intact. Their design was successful on a competitive launch day in Virginia, which enabled the 4-H group to progress.

Now that they are officially accepted into the SLI program, the team interacts with NASA along the lines of a contractor by writing and submitting precise proposals for their rocket, specifying the design, ultimate altitude, and performance. Accurate estimation of the rocket’s performance is an important piece of the proposal, said 4-H Program Assistant Britt Wagner.

The competition will take place in April at NASA’s Marshall Space Flight Center in Huntsville, Ala. This phase of the challenge is built around the current Artemis NASA mission.

The team is currently in the preliminary design review phase and working to give a 30-min presentation on design and performance to the NASA team in early November. The next steps are to build a smaller-scale model of the design, then launch, test, and fine-tune it. The challenge also includes requirements for media presence for each team as well as a STEM education plan to reach more than 250 students in the area.

“This competition has the potential to transform students into well-qualified professionals for the modern-day workplace,” said Fred Kepner, activity lead for Student Launch at Marshall. “Many former students now work with NASA or our industry partners across the nation, some supporting the next chapter of space exploration, the Artemis program.”

“I am very proud of what the team has accomplished so far, and I look forward to everything that lies ahead,” McConoughey said.