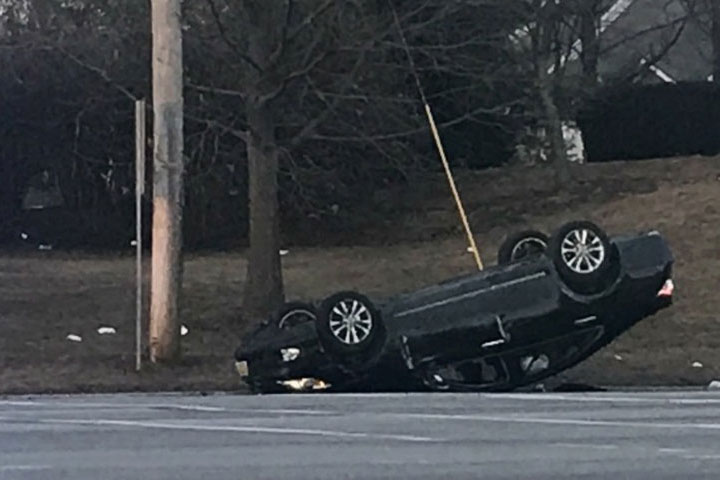 BOONTON — The driver, Elise Luderer, 18, Green Pond, was travelling west on Route 46 at the Beverwyck Road intersection, Parsippany, on Thursday, February 28 at 5:18 p.m.

Her vehicle, a 2012 Nissan Altima, was travelling in the right left turn only lane.  She began to change lanes to the left straight only lane of Route 46 West.

Muhammad Noorani, 35, Boonton was traveling Route 46 West approaching Beverwyck Road, in the left straight only lane when, Ms. Luderer struck his vehicle causing his 2012 Lexus 300 to roll over.

Ms. Luderer stated that she was changing lanes and that there was plenty of space when Mr. Noormai struck her.

Mr. Noorani stated he was traveling straight when Ms. Luderer just shot over and struck him.

Witnesses at the scene  stated that Ms. Luderer cut over a lane just as Mr. Noorani was passing her and struck his vehicle.

Parsippany-Troy Hills Police Investigation, along with physical evidence and witness statements, reveal that Ms. Luderer was at fault due to improper lane change and was issued a summons for careless driving.

Both vehicles were towed from the scene by Corigliano Towing.

Chris Ilic is a Proud Winner of Morris Now Contest