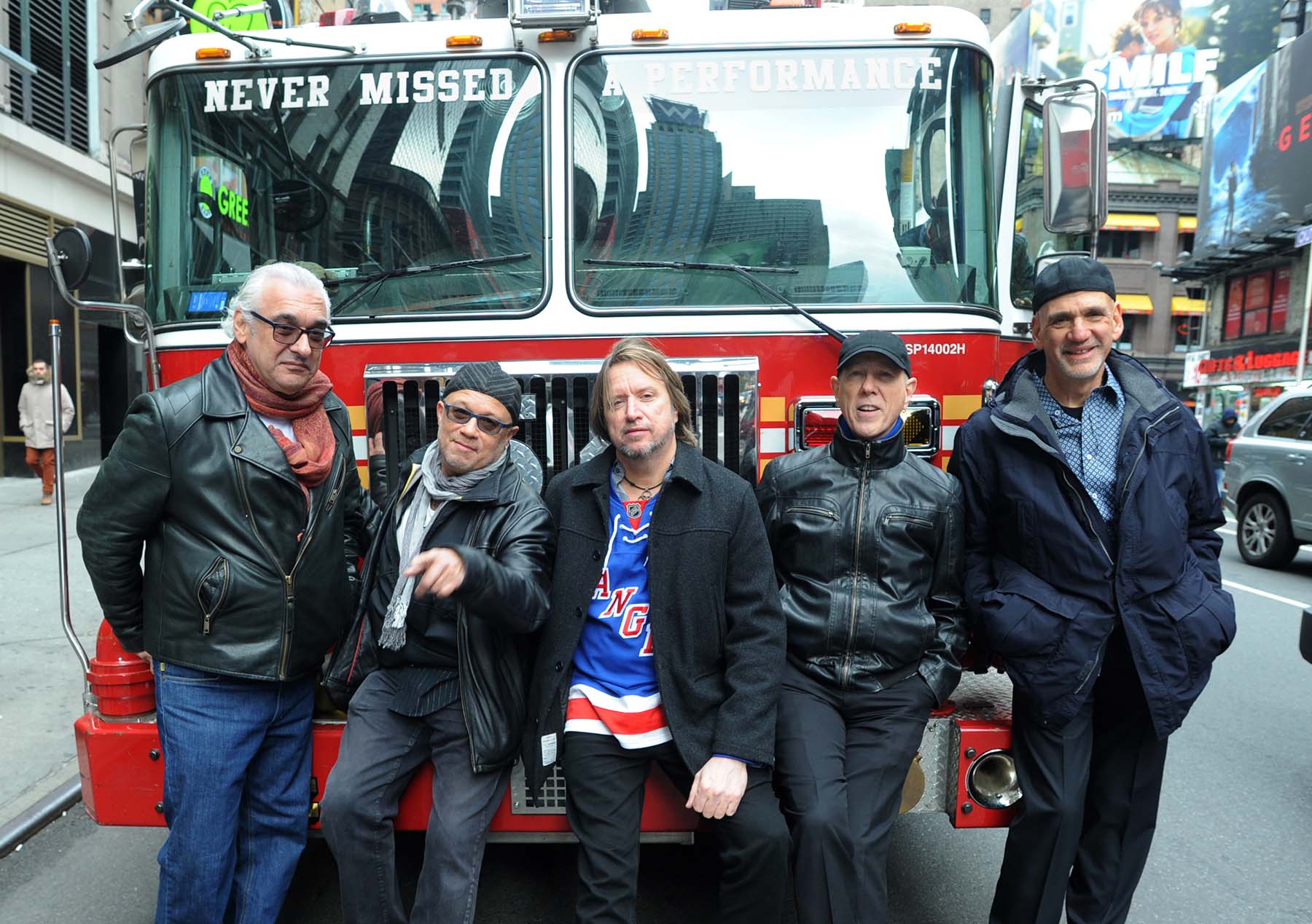 MORRIS COUNTY — The Hit Men, starring musicians and singers who performed and recorded with Elton John, Cat Stevens, Journey, Jim Croce, Three Dog Night, The Rascals, The Turtles, Carly Simon and more, perform music from the 60s and 70s at Mayo Performing Arts Center on Saturday, April 20, at 8:00 p.m. Tickets are $39.00 to $59.00.

THE HIT MEN – a supergroup consisting of Lee Shapiro, Jimmy Ryan, Jeff Ganz, Russ Velazquez and Steve Murphy – either played, sang or performed on stage with one or more of these artists, creating or recreating live, some of the most memorable hits of the era, including “Who Loves You,” “Oh What a Night,” “You’re So Vain,” “The Loco-motion,” “Mony Mony,” “Joy to the World,” and many more, on which they used their musical alchemy to spin songs into gold and platinum.

Lee Shapiro is a producer, arranger, singer and musician who not only arranged some of the Four Seasons biggest hits as the Music Director of Frankie Valli & The Four Seasons, but also collaborated with artists ranging from Barry Manilow, Tony Orlando, and Tommy James.

Jimmy Ryan began his career in the 1960s as lead guitarist, singer and a songwriter for The Critters. He was Carly Simon’s music director for twenty-one years, and his guitar is heard on works by Cat Stevens, Jim Croce, Rod Stewart, Paul McCartney and Elton John and many others.

Russ Velazquez is a singer, composer and arranger whose credits read like a musical Who’s Who. He has collaborated with everyone from Sting, The Ramones, and LL Cool J to Luther Vandross, Korn and Paula Abdul. He has earned four Emmy Award nominations for his songs on Sesame Street and his song “2BA Master” hit the top of the children’s music charts on Radio Disney.

THE HIT MEN connect with audiences on a level rarely seen by today’s musical artists. From the classic songs we all know and love (such as “Oh What a Night” & “You’re So Vain”) to the backstage stories never told until today, a HIT MEN show is like no other, as they combine the music & the memories alongside exciting multimedia footage & visuals, evoking an unforgettable musical and visual experience. “We can say whatever we want about our legacy with complete legitimacy,” Lee Shapiro said. “We have an emotional connection with the audience that tribute bands and soundalike bands can’t have.

When we share our experiences and tell stories, we aren’t reciting a script. We were there. When we tell you how Warren Beatty got thrown out of Carly Simon’s dressing room at the Troubador in LA in 1971, we know it’s true because Jimmy Ryan was the one who did it!”

Mayo Performing Arts Center, a 501(c)(3) nonprofit organization, presents a wide range of programs that entertain, enrich, and educate the diverse population of the region and enhance the economic vitality of Northern New Jersey. The 2018-2019 season is made possible, in part, by a grant the New Jersey State Council on the Arts/Department of State, a Partner Agency of the National Endowment for the Arts, as well as support received from the F.M. Kirby Foundation and numerous corporations, foundations and individuals. The Mayo Performing Arts Center has been designated a Major Presenting Organization by the New Jersey State Council on the Arts. Mayo Performing Arts Center was named 2016 Outstanding Historic Theatre by the League of Historic American Theatres, and is ranked in the top 50 mid-sized performing arts centers by Pollstar Magazine.