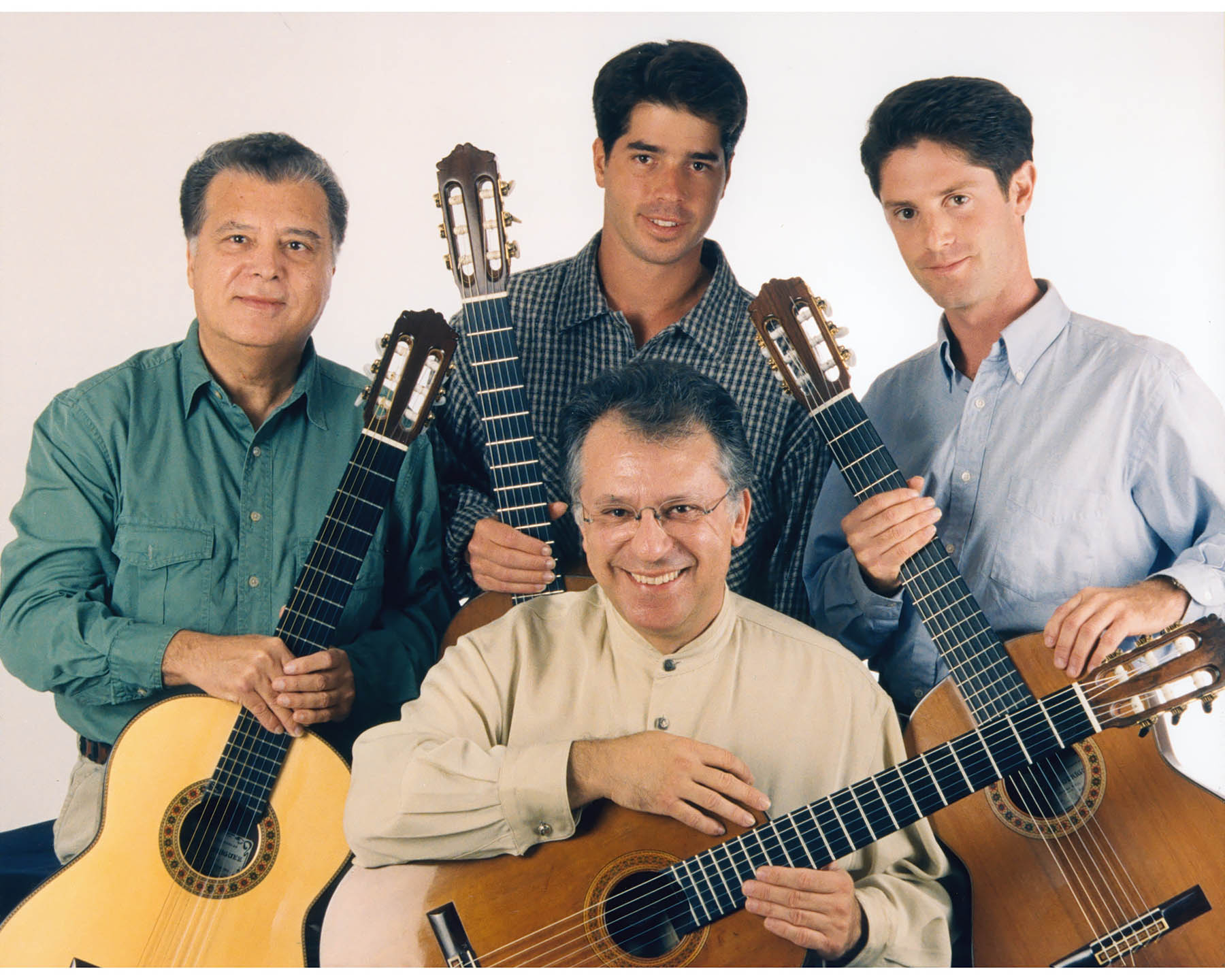 Over half a century after walking onto the world stage as the first classical guitar quartet, The Romeros continue to be a veritable institution in the world of classical music, dazzling countless audiences and winning the raves of reviewers worldwide.

Known to millions as “The Royal Family of the Guitar,” the Romeros were founded by the legendary Celedonio Romero with his sons Celin, Pepe and Angel in 1958. The Quartet went through natural transformations, and today consists of the second (Celin & Pepe) and third generations (Lito & Celino). To have so many virtuosi of the same instrument in one family is unique in the world of musical performance, and in the realm of the classical guitar it is absolutely without precedent. The New York Times has said: “Collectively, they are the only classical guitar quartet of real stature in the world today; in fact, they virtually invented the format.”

In 1957, the family left Spain and immigrated to the United States, where three years later, “The Romeros” became the first guitar quartet while the boys were still in their teens. The Romero tradition of family and love for the guitar provided the fertile ground for the next generation of guitar virtuosos as Celino and Lito joined the quartet.

The Romeros have performed on multiple occasions at the White House and many other venerable institutions worldwide. In 1983, they appeared at the Vatican in a special concert for John Paul II, and in 1986, they gave a command performance for his Royal Highness, the Prince of Wales. In 2000, His Royal Majesty King Juan Carlos I of Spain knighted Celin, Pepe and Angel into the Order of “Isabel la Católica”.

With a 55-year plus history, The Romeros have built an enviable discography and their achievements have not gone unnoticed. In February of 2007, The Romeros were granted The Recording Academy’s President’s Merit Award from the GRAMMYs© in honor of their artistic achievements. Television fans have seen and heard The Romeros many times on such shows as The Tonight Show and The Today Show, PBS’s Evening at the Boston Pops, the KPBS/PBS biographical documentary Los Romeros: The Royal Family of the Guitar, other PBS specials and the NDR documentary film Los Romeros: Die Gitarren-Dynastie.

Perhaps The Romero’s most lasting legacy is the creation of an entirely new repertoire for guitar quartet, both as a chamber ensemble and as a concerto soloist. For 55 years, The Romeros have inspired distinguished composers to either write new works or arrange existing ones, including Joaquín Rodrigo, Federico Moreno Torroba, Morton Gould, Francisco de Madina and Lorenzo Palomo. As Rodrigo has said, “The Romeros have developed the technique of the guitar by making what is difficult to be easy. They are, without a doubt, the grand masters of the guitar.”