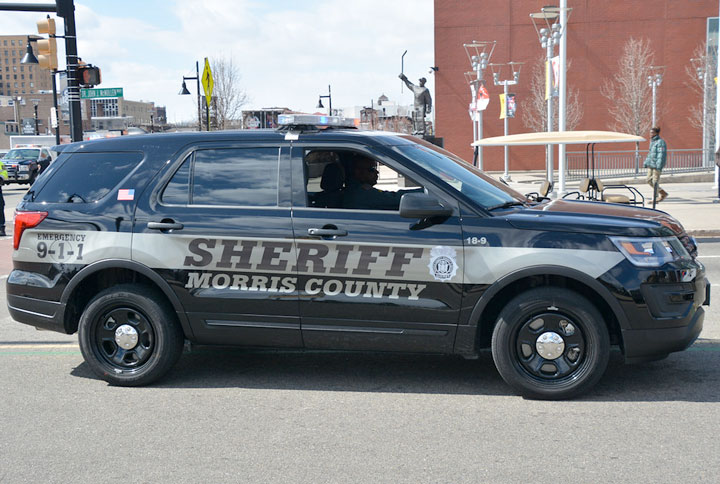 MORRIS COUNTY — Morris County Sheriff’s Office Detectives Nicholas Ricciotti and Timothy Palazzolo assisted detectives from the Morristown Bureau of Police and Morris County Prosecutor’s Office in identifying and apprehending a 21-year-old man suspected of hiding an imitation handgun under a bush minutes before his appointment with a Morris County Probation Officer.

The investigation began on Wednesday, May 1 when the Morris County Sheriff’s Office contacted Morristown Police to advise that a witness reported seeing what appeared to be a black-colored handgun under a bush on Court Street, by the Morris County Administration and Records Building.

The witness reported to police that the suspected handgun was gone when he checked a short time after he first spotted it.  The witness made the observation on Tuesday, April 30 and reported it on May 1.

Entrances to the Morris County Courthouse and Administration and Records Building are heavily monitored by surveillance cameras and Morris County Sheriff’s Officers, who operate metal detectors that expose all weapons, real and imitation.

Mr. Bates was observed on the surveillance video entering the Administration and Records Building and walking to the Probation office around 2:00 p.m. on Tuesday, April 30. Around 2:30 p.m., as the videotape shows, Mr. Bates was seen, allegedly retrieving the black object from under the bush, putting it in his pocket, and walking away.

Detectives Ricciotti and Palazzolo gathered information identifying Mr. Bates and his residence. Morristown Police Detectives Scott Pino and Scott Weaver had integral roles in the investigation, including preparing search and arrest warrants that received judicial approval before being executed.

Mr. Bates was charged on Thursday, May 2 by Morristown Detective Scott Pino with possession of a weapon, an imitation firearm, for an unlawful purpose. The Morris County Prosecutor’s Office has filed a motion to detain him in the Morris County Correctional Facility while the charge is pending.

“There are aggressive, proactive security safeguards in and around the Morris County Court Complex and Administration and Records Building. People who bring illegal weapons to the area will be caught,” Sheriff Gannon said.