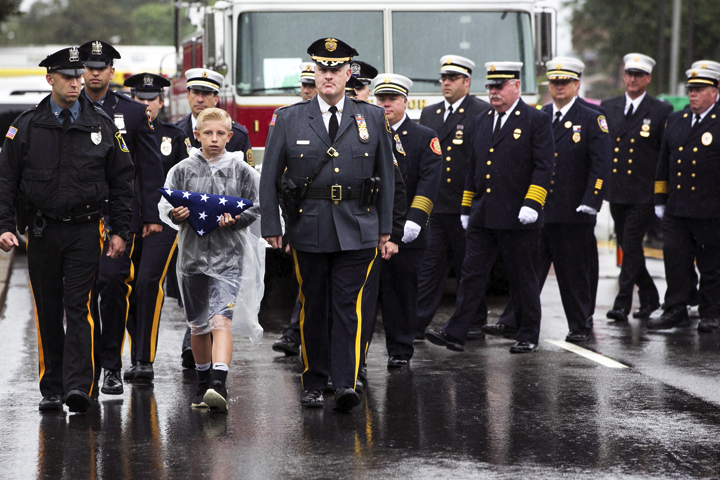 MORRIS COUNTY — Morris County Board of Freeholders will hold the 18th Annual Remembrance of the September 11, 2001 terrorist attacks against our nation on Sunday, September 8, at 6:00 p.m.

The ceremony will be take place at the Morris County September 11th Memorial on West Hanover Avenue in Parsippany, near the Morris View Healthcare Center and Morris County Public Safety Academy. It will be held rain or shine.

Alison Crowther and Honor Crowther Fagan, the mother and sister of Welles Crowther (“Man in the Red Bandana”), who gave his life to save others at the World Trade Center on 9/11, will speak at the event.

The county’s 9/11 event will include a march with a color guard up West Hanover Avenue to the 9/11 Memorial by police, fire, rescue and emergency personnel from across Morris County. They will be led by flag bearer Expedito C. Santillan, father of the late Maria Theresa Santillan of Morris Plains, who perished on 9/11.

The observance will include a special invocation, a lighting of candles, reading of the names of each of the Morris County victims, a 21-gun salute, keynote remarks, and music by the Morris Choral Society, Bethel AME Church of Morristown Ensemble, and Police Pipes and Drums of Morris County.

“It is an honor to have the Crowther family at the Morris County 9/11 Remembrance this year,” said Freeholder Director Doug Cabana. “We gather at the county memorial each year on the anniversary of 9/11 to recall every single one of the nearly 3,000 innocent people who were lost to our nation that day, like Welles Crowther, and that includes 64 of our Morris County residents, plus so many police, fire, EMT and other rescue workers.”

“We want their families and friends to know their loved ones are not forgotten, that we will never forget their sacrifices,” Freeholder Cabana added.

Welles Remy Crowther was a 24-year-old rookie investment banker working on the 104th floor of the South Tower at WTC when the attacks occurred on 9/11. Using training he received as a volunteer firefighter in his hometown, he rescued other workers trapped in the burning tower.

He was last seen working with members of the FDNY just before the South Tower collapsed.

The Rockland County, N.Y. resident is annually honored by his alma mater, Boston College; he posthumously was named an honorary New York City firefighter; and his efforts were cited by President Barack Obama in the 2014 dedication of the National 9/11 Memorial and Museum. Click here.

Morris County’s September 11th Memorial pays tribute to all of those who died in the terrorist attacks in New York, Pennsylvania and Washington D.C., on September 11, 2001, with a special emphasis on the 64 victims from Morris County whose names are etched in plaques affixed to the Memorial.

The names of all of the nearly 3,000 people who died that day are engraved in ruby-colored paving stones that have been set in the ground as a walkway surrounding the Memorial.

Since seating at the Memorial is limited, the public is encouraged to bring lawn chairs to the outdoor observance. Parking will be available at the Morris County Department of Human Services building at 340 West Hanover Avenue, in Morris Township – directly across from the Academy. Shuttle buses will be available to transport those in need the short distance to the Memorial.